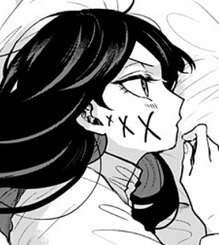 spiritdudegamer Sep 28, 9:16 PM
I find out about you from Lunar Girl friend list

SebCyrSC2000 Sep 10, 2:37 PM
I have no idea. Hopefully, but IDK if they will. Maybe after the second cour of Vanitas is done? That’s the best guess I can give.

234Mannan Jul 30, 3:24 PM
Thanks for the compliment!! and Thanks for the pic as well. I am still editing it. about the pic well i actually like the dark tone of the one i used but i will use this as well

itsukienthusiast Jul 27, 12:34 PM
Oh I see, I mixed up Charlatan with Naenia, thats why I was thinking Charlatan was the Malnomen itself. There is still a long way to go for us to get the complete picture of what is going on behind the curtain, but I cant help to get excited for Ruthven's side of story, along with the human-vampire war and its outcomes. The plot twists so far are really well built, for instance, the fact that Jean Jacques was the beast, insteado of Chloe.
This Luna/Vanitas/Mikhail arc is also astonishing to the point that I want to re-read this masterpiece to find more things that I might've misssed :D
Thanks for explaining all this Charlatan and Naenia thing !

itsukienthusiast Jul 27, 10:56 AM
So, I've seen your comment in one of Vanita's forums and I would like to talk to someone about some things in manga that arent so clear for me in manga. First things first, I gotta say that Vanitas is one of the best manga that I've read so far.Not only the story is lit, but the characters are also charismatic, often showing a good chemistry between them. Their inner thoughts and backstory helps creating a good character developing and keeps the storyflow as clean as possilbe. However, it's not totally clear for me the identity of Charlatan and its relation with the Queen, lord Ruthven and Luna... I mean, I got that Charlatan has something to do with the Queen, who seems to be the main cause why Ruthven is heading those sketchy researches(high chances of Machima being part of that). Wow, ngl, these past few chapters were really good and sad at the same time, Astolfus, Vanitas and Mikhail backstories were both terrific and terrifying.
Anyway, Hope we can get along and discuss this season's masterpiece in the near future :D