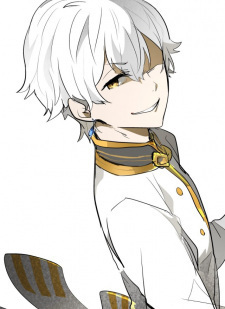 Tsundere Akuyaku Reijou Liselotte to Jikkyou no Endou-kun to Kaisetsu no Kobayashi-san
Jan 31, 1:29 AM
Watching 4/12 · Scored -

GG-WP Dec 21, 2022 5:01 PM
I prefer the old review system as well. I don't know what prompted them to implement an upvote system similar to Facebook's, but I guess I'll just have to live with it. I'll do my best to write reviews that the majority of people will like.

LordSozin Dec 21, 2022 2:22 PM
That's nice to hear. Yup, next season's Vinland Saga is gonna be the most anticipated one. It's also going the season that truly differentiates opinions and viewers that's for sure. For manga readers, there are expectations already. Outside of some sequels, there are certainly some "interesting" shows already. I reckon those shows are gonna get the community riled up.

GG-WP Dec 21, 2022 2:10 AM
Understandable. My mean score reflects the fact that I rate shows fairly generously. Oh damn, I just read your reviews, and I must say that you have a lot of reactions. They do be really good. :)

LordSozin Dec 20, 2022 7:42 AM
Thank you. Thank you for reading. I'm currently in the process of writing the Bocchi the Rock review and hopefully, that goes well. How have you been?

RampaDarling Nov 9, 2022 6:43 PM
I saw the mean rating was pretty low. I thought this guy was too harsh but then I looked over his stats: 0 anime dropped. This guy watches EVERYTHING he starts??? I cannot offer anything less than my greatest respect. He watches everything without judging until the very last episode. That's some dedication my man. May I wish you a good day

okayyoga Sep 28, 2022 5:04 PM
Okay I had no idea they were sleeping together until the final part of the final episode! Their whole relationship completely went over my head. If I am being honest, most of the relationships in Rakugo went over my head. It was too subtle, and I am very dumb.
For the last "reveal," are you talking about the father of the child? Because that part weirded me out too

I never knew that the rakugo stories could keep me as entertained as i was.
Same. The premise sounds boring. I almost didn't even bother to watch it. Who wants to watch a show that is just some dudes monologuing? But now it's in my top 10
My favourite part in the show was in the first season, when they performed the rakugo together. My face hurt from smiling so much! I wish they had done more duo rakugo. That's why the first season is in my favourites

Together they are a complete storyteller. Or at least that is how I saw them


Why did u get banned tho?
Fun fact: on MAL there are a list of words and if you use them, you get flagged as a bot and permabanned. And this is so much more than a normal ban. No devices in my household could even pull up this website, even the ones that had never been on here, and therefore never logged in. And the ban was for forever.
But when they banned me, they didn't tell me why. Luckily I knew some people on discord who have some weight here, and they reevaluated my ban. They won't tell me what word it was that got me banned, and I don't remember what I said. I'm terrified I'm going to say it again, but it's probably for the best that they won't share. I have a severe lack of self-control, and I would probably try to get others to say the word because I am evil
Anyway, unbanned now!

Chris_AGuy Sep 17, 2022 5:22 PM
You know, I read the top of your profile about "MY STEPMOM'S DAUGHTER IS MY EX" statement I guess I'll call it. I must say it was interesting... Then I scroll down and see your favorites...

All I have to say is:

Mushoku Tensei is better.
All Comments