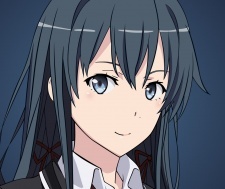 Hatsuyuki Jun 23, 2017 6:28 AM
you bet i am boi
http://steamcommunity.com/id/AgressiveInstinct

AmbiguousMonster Jan 7, 2017 1:44 PM
"Yakumo is a man who is lame in more than one sense of the word, unable to walk and lacking in the passion that earns his immediate friend and co-star, Sukeroku, much more immediate attention and praise. He works outside of studying to be a Rakugo master so he is not being overly reliant, his maturity and elegance making him a favourite with the ladies around town, and the talented and mysterious Miyokichi vies for his heart. Things seem to stacked against him, yet he fights through them. Sukeroku finds this stance absurd and unbalanced. Yakumo is the one the master favours because of his family connections and sensible expressions which are more befitting for a traditional performer. Sukeroku may be the audience favourite, but Yakumo’s undeserved entitlements and love are something that Sukeroku was barred from since the beginning of his apprenticeship. However, despite one having what the other does not, Yakumo and Sukeroku have one of the most powerfully platonic (bordering on minutely erotic) and adult relationships that can be seen in the medium of animation. They have different weaknesses and strengths which create complex and severe consequences. Yakumo’s relative coldness and less flexible personality make him ideal for a traditional performer, disciplined and true to the practices of old, but he is less sympathetic to those who are more unconventional and his methods only exacerbate the death of rakugo. Sukeroku’s more audience friendly, bombastic comical style may be the only way that rakugo can be saved, but he has little respect for the hierarchy, is impulsive and spontaneous beyond what is acceptable for a practitioner of the fine arts and he doesn’t have Yakumo’s hesitance."

TL;DR Sukeroku was the perfect foil for Yakumo, and definitely fit the story.