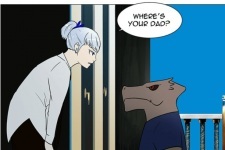 JasonKKAA Jul 15, 2016 11:21 AM
Nice meeting you!! TOG is love TOG is life !! Glad to meet you! Thanks! yeah man but TOG is webtoon written by a Korean so its technically not manga!! But still its better than most of the other shit!!
I liked ReLife because its one of the first i read so its basically Biased review!! LOLLL

Norayuki Jul 11, 2016 6:46 PM
Thanks for your comment about my bio. I haven't been visiting MAL for a while so I couldn't reply on time. Haha, I thought I'd keep it simple. You have a good bio as well.

Timeless_Marida Jul 9, 2016 1:43 AM
Thank you so much :D I know, right! I have a total fangirl overload whenever I see Yukari...he's just so amazzzzzzzzzing! I love how quirky and different he is from other anime characters (one thing I think K does really well!)
Nagi no Asukara was beautiful to look at, I agree! But it got really, really boring in the second half...I am pretty sure I blanked out during most of it because my attention went to the ceiling.
I share your sadness for finishing an awesome series. I felt exactly like that after watching Haikyuu and a few others.
By the way, Haikyuu is amazing - I love everything you say about it in your profile :D! Yuu Nishinoya and Tanaka make me laugh so much I feel my head is about to blast off. It really is such an amazing and hilarious series! Can't wait for season 3! :D!!!!!!!!
Have you tried Shingeki no Kyojin? (Oh my god, it is so addicting, I love it!) Or Kekkai Sensen? That is a hilarious, really, random show! I love that so much too! Both I found to be addicting! What kind of genre do you like?

Your review for Nagi no Asukara was great! I laughed at the whole cooking/ eating/ other stuff part, because that was honestly what I was driving myself crazy with throughout the whole anime!

Anyway, nice to meet you :)

ndsempai Jul 7, 2016 6:46 AM
Top kek. Yeah. Have you seen Kuroko no basuke. It pretty much follows the same sequence as Haikyuu story wise but there are some cool characters there (surpirse its not Kuroko) I am now basically burnt out on sports anime. Almost all of them I have seen, I ended up liking someone else apart from the protag :D

Yeah Nishinoya and Tanaka around Kiyoko is always hilarious.

ndsempai Jul 6, 2016 8:11 PM
Haha.Yea I hated Hinata. He was bearable in the first season but in the second season sigh. I wanted more of Nishinoya and Tsukishima. Instead all I got was more of Hinata. And my god that teacher with his metaphors each episode drove me mad.

YLIA is flawed, I wil be the first to agree. But it worked for me. I would recommend a watch just for the OST.

StYcKz Jul 1, 2016 11:39 AM
Trust dude, keep watching Kill La Kill the first half might be a little tedious but little by little it gets crazy, then like at episode 14 it goes all over the top. KLK was one of the first anime I've watched and it was amazing, and if you think the fan-service is kinda annoying, they mainly do that for comedy. If you haven't watched Gurren Lagann I HIGHLY recommend that one too!

FurankuSan Jul 1, 2016 5:40 AM
Thanks. I appreciate it. Sorry if I didn't accept the friend request. I only accept friends who I personally know :D

Captain220 Jun 28, 2016 4:16 AM
Mmm, that's basically my entire shtick. I don't know what you would consider the major hyped anime but I'm open to suggestions. Yeah, I recently reviewed Boku no Hero Academia so if that interests you feel free to check it out (http://myanimelist.net/reviews.php?id=221991) and I plan on posting one for Kabaneri as well.

Treima Jun 22, 2016 7:59 PM
Why, thank you for the kind words! I look forward to posting more reviews. I've watched a ton of anime in the past but I'm new to MAL, so I will be posting plenty of reviews in future. :D
All Comments