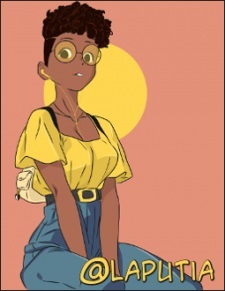 Aryale Sep 10, 2020 2:11 PM
Just wanted to say Hello! I stumbled across you're page and must say that you have fantastic taste :) Have a great rest of you're day

mfelleke Aug 19, 2020 10:38 AM
hey friend! It's me (don't want to type my name on here but I hope you can tell who based on my username) I made a new acct bc I couldn't remember my password for medfell51 lol. I'm starting to get back into anime since I'm at home and not doing anything else. Hope you're well! 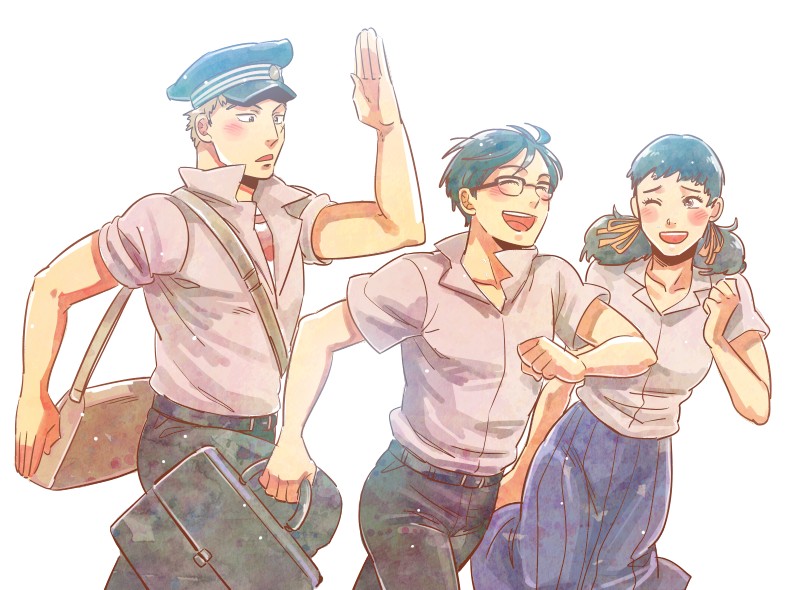 HappyPicnic Apr 16, 2020 10:05 PM
Haha I just noticed she draws dimples on her characters. That's a cute touch I think! <3
Thank you very much. Spaceboy is my favourite american comic, although I read it almost 6 years ago. I was excited that there could have been brown girl fan art of one of my fav characters in it :D Alas, Cadet is really cute too!

Ah so that's where the quote was from, no wonder it sounded so familiar :) Really great job on the set!

laputia said:
I love interesting/comforting voices (raspy sort of?). like zuko's from avatar, i always had a huge crush on him. lol thought i was the only one who judged hardcore by voices, my friends always make fun of me xD like if someone has a voice i find unpleasant it's an automatic dealbreaker bc i simply cannot find them attractive
I'm exactly the same here xD


laputia said:
other physical-traits... i don't have "requirements" but i generally like the tall/dark/handsome type. i like hair on the curlier end, i find glasses cute, if they have an interesting fashion style that's a huge plus. i'm obsessed with man buns and beards (but not like lumberjack beards, the clean stubble cut kind). prefer a slim muscular build, maybe more on the muscular side ;)
Also exactly the same here lol. I was surprised at this tbh I don't generally share the same preference with others


personality-wise i like guys that are academics and/or have a strong interest in something i find attractive (cooking, music, art). athletes/guys into finance or econ turn me off a lot. i'd rather that they not be huge into video games or whatever bc i can't relate but it's so common i kind of expect it from guys anyway. lastly they better be willing to try new foods bc i cannot live with a man who only eats mac and cheese and hot dogs (these people exist)
I'd say the same here too, but I don't find those athletes/guys into finance or econ to be a turn off. I usually don't really care but yeah preferably if they have stronger interest in cooking, music or art. I also easily be swayed if they exhibit any traits of being smart, even if that comes out a little snobby sometimes. I would dislike the show-off side of it, but then again I can't help but be attracted to intelligent guys. Video games is fine but if that's all they talk about, I'd be bored pretty fast since I can't relate as well. That said, there's an exception if they like video games for the story, RPG elements of it, since that I can enjoy listening to. AND YES to food.


smelling good is also underrated <3
I didn't notice I cared about this until I was attracted to my current bf, and starts wondering how he smells like. xD

also: I don't remember everything I typed in the note, so it's cool.

HappyPicnic Apr 14, 2020 6:22 PM
Hello, I love your profile and forum set. It is very pleasant.
Where is the forum set from?
I assumed it was from the comic 'spaceboy' but on second glance am not too sure.

_Minnie Mar 29, 2020 1:49 PM
lol np
yes girl. i literally love black anime girls it make me so happy when i see them (oh lol i you couldnt tell im black too lmbo)
All Comments