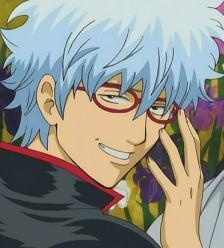 ninawilliam89 Aug 1, 2016 7:24 PM
Welcome to play solitaire online ! Solitaire Online is a free game site where you can play Online full-featured versions of your favorite solitaire games. The games work in almost any browser like IE, Firefox, Chrome, Opera on the Mac, Windows, Linux, iPad, iPhone, iPod Touch and Android.
If You can't decide which Klondike Solitaire to play? View the most popular solitaire games. We have more than 40 Solitaire Online games for you!
Select a spider solitaire game to begin playing.
Numbers represent number of wins today and number of games played today

Yeah you better hope that you're right

I was gonna guess Rin but then I checked the page for it on MaL
Surprisingly surprised.

I hope for you that you're right
D:<

Singing?
Looks like I'm up for a surprise.
Haven't got to a singing part yet.

Telling me to watch an anime he thinks will turn out good?
Don't think so :p

You can't get your graduation papers if you fail history

Well, I trust it will get better.
You said it would :p

I'll make arrangements today & see what's possible and what isn't.
Have to check which history teacher the class I'm going to move to has. A bad history teacher is a giant obstacle.

Sounds interesting.
Second episode was okay.
That one series about the kawaii sister is pretty cute lul

Yeah, I'm thinking about doing art, though there is a lot that needs to be taken into consideration..
I think I'm gonna attend one more art class in my free time, and see whether I want to switch classes or not.
I had this annual-trip-thingy for 4 days, which makes it even harder to part from my current class.
It's such a great class. raagh. frustration.

Oh, you read the manga.
I probably saw it on your manga list and decided to Plan2Watch it.
Second episode is out. hope it's good.

Yeah. I watched the first episode already.
I forgot why I put it on my plan to watch in the first place.. probably a fav seiyuu.

emashu Oct 6, 2010 10:43 PM
Yeah. It's pretty hard being in a dormintory.
But, I'm pulling through for the sake of my education.
Thinking about going to learn computers as a major here, and do art as a secondary choice.
They're both awfully hard, though.
Oh well.

Yeah. the BGM for Inception was amazing.

Didn't watch it yet in the cinema? :o

Never watched that. sounds interesting, I'll give it a try :o
Gonna rewatch Inception this sunday lul
They've been airing it for like 2 months straight in the theatres here.
Usually movies only air for 2 weeks-1month

Hahahahaha
Anime physics ftw.
Anime biliogy, too.
You miraculously get stronger if you scream for a solid 10 seconds. In which your enemy does not attack you, for some reason. The enemy should know you're powering up, it's a monotonous scenario!
Except for that one time on Aoi Bungaku,
Where the bandit tells that dude to strip, so the guy takes off his shirt and starts screaming as to power up, and the bandit just slaps him.
Funny shit. Wish I could find the .gif I had of it.
It's right here at 1:40, though.
All Comments