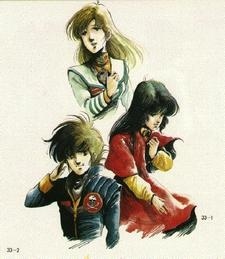 TitanioVerde Nov 7, 2010 1:49 PM
Messy like hot-blooded character with a lot of imagination. Raimon Tarou (Eyeshield 21) has its own mental films, too.

ShinMazinger Sep 3, 2009 2:15 PM
You're not far from it, but Voltron isn't a real japanese series anyway. It was made from two japanese animes and merged into one to form a new story. It's a bit like what they did with Mazinger Z from 1972 and aired it as Tranzor Z in the US with a different story.

I hope you give Shin Mazinger a real chance, because I think it deserves it. I mean, you really like Giant Robo, and Shin Mazinger is by the same director. Also, didn't Giant Robo's beginning was kind of crazy and random too for the first 20 minutes or so?

I agree Shin Mazinger's first episode does a very bad job at trying to sell itself at new fans, but a lot of old fans really loved that the first episode, because they got to see a lot of characters coming back. It's the first remake of Mazinger Z after more than 35 years.
I think it's called an in media res, where the story puts you right in the middle of something, and you watch the show to see what led to the events in the first episode. Also remember that it's Imagawa who's the director, and he's a bit crazy when he does things. You should see G Gundam and Giant Robo, the other animes he directed. To this day, Giant Robo is considered a masterpiece by many and it is kinda unconventional as well by starting in the middle of the story.

ShinMazinger Sep 2, 2009 7:02 AM
You should give Shin Mazinger a try again. Episode 1 is just a preview of things to come. The real story starts from the beginning at episode 2.
All Comments