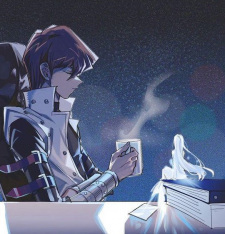 Space_Boyfriend May 31, 2022 8:45 PM
Hello! Long time no talk~ No worries, I’ve been busy as well. I finished my first full series the first time this college quarter and it’s already almost summer 😭 Other than that, it’s been Spy x Family~

Me too! I also collect a lot of manga~ Sadly, the Barnes and Nobles and the general shopping district has closed down so I have to travel farther or buy everything online :// And same, adjusting to college in-person is hella rough. I’m so glad I’m not taking summer classes and I’m only taking 3 classes next quarter. Breathing room! Will be reading books, watching tv shows, and just enjoying myself more! You definitely deserve a bit of a mental break yourself~ Taking a break day after I was ahead of my homework really helped so I recommend the same for you if you can afford the luxury~


No worries about replies! I’ve kind of neglected to reply to most of my MAL friends, but I definitely wanted to keep in contact with you~ I actually was banned from MAL for a period of time and as you can tell, I also changed my MAL username from IshigamiCrisis to Space_Boyfriend!! I use AniList more now but if you’d like to chat more frequently, I’d be happy to PM my Discord username~

Lol yeah JJK was definitely your shounen action movie, but I really enjoyed the theater experience. It was my first anime movie in theaters and I have zero regrets whatsoever~ Glad a lot of people could enjoy it though even if not a masterpiece. Amazing OST as well! Will probably not forget that exp for a while~

Spy x Fam is good! Gave the manga one of my subjective 10s~ I felt Yor’s arc was too drawn out so I’m at a 9.5 but I round up cause idgaf lol. I’m like 2-3 chapters behind on the manga but basically caught up! Excited to see some needed backstories for my fav char, Loid! I definitely read my volumes I bought and even went ahead reading some volimes I don’t own cause I got impatient hehe~ I definitely like the adaptation. I am annoyed CloverWorks allocated their shitty CGI every once in a while but it’s not that big of a deal. I also found the pacing to be too fast at times too but another small complaint. I really love the dub though! Something about dubs and Western settings just make so much sense (i.e. Cowboy Bebop and Spice and Wolf). I actually find almost every episode of the dub I watched so far except ep1 to be better by at least 0.5 (9 vs. 9.5 for example). Particularly, Yor’s voice actor overall, Franky’s voice actor overall, Loid’s voice actor at moments with expression, and definitey Anya during comedy scenes!! I’m a little behind but I’ll catch up soon~ Wasn’t really a fan of ep8 sub though. Yuri’s seiyuu doesn’t really fit and the amount of inner monologues, very fast talking speeds ruined my immersion. Still a solid 7/10 episode but below average by Spy x Fam standards. I had too high expectations from the manga for that episode which I found way funnier but I definitely think the dub will step up for that one. TL:DR, mostly satisfied. Sub is an 8.8/10 for me and the dub is above a 9 rn but not quite enough to round up to a 10 for me~

Thank you for understanding! I actually had 2 therapy visits so far and I think I finally figured out some of the stuff I’m going through. I suffer from panic attacks according to the people I talk to and I’m just glad I know now. Don’t wanna get too specific in public (but happy to DM if you’d like to hear), but very specific mental issues, stalking, and bullying I really can get tense over in conversation or in poor portrayal in media. One example you’ll probably understand is Koe no Katachi. Now my panic attacks are not physical, but moreso mental and make me irrantional in a verbal sense. I get really defensive and not really think about what I say. When I heard a very disagreeable or straight up bad criticism of Koe no Katachi, it feels like an attack on me when it’s clearly directed towards the movie. It doesn’t mean I can’t handle any criticism (I really like litnerd’s KnK review) but it affects me in a way that no other criticism of any other series does. It’s definitely cause I find KnK too resonant of an experience, not just a movie, that I can’t handle it cause I’m not good at controlling my panic attacks. I’m glad I know now at least so I can get better at controlling them and have normal discussions. I hope you’re okay though and I’m glad you survived last year!

Yeah…still really disappointed in 3-gatsu but I’m glad you can see what I’m saying. Still debating whether I should post it. Do you think it would be helpful to other people as well?

No worries! Glad we got to catch up~ LMK if you wanna chat over Discord cause you’re a chill online friend of mine~

Space_Boyfriend Mar 24, 2022 11:02 AM
No worries, we all wanna get some alone time lol. I am so excited for Spy x Fam too! I read the manga Vol1-4 and I loved it a lot; I bought Vol5-6 yday so I can't read to read more~ It's probably my new favorite comedy series to be completely honest. I agree 2022 will be way better with Spy x Fam though :DD

I've actually been kind of burnt out, with school, anime, and mental health overall. It's been a lot of work but I'm resting up this break. I think I might try therapy out once my break ends and see where I go from there. Talking it out and crying has been helping a lot though lol. By the way, my username changed from IshigamiCrisis to Space_Boyfriend btw.

How are you doing though? Hopefully better than me lol

Hypokrites Feb 4, 2022 6:27 AM
Hi! I've just posted a preliminary review for Mushoku Tensei LN and you said you were looking forward to reading it so I thought I'd mention that. I'll probably change a few parts of it, but I've addressed the general controversy and the comparison of Lolita. I suggest not reading anything past the spoiler part if you want to continue the anime.

Also, have any anime/manga interested you enough to write a review of?

Space_Boyfriend Jan 24, 2022 7:58 PM
Yeah, nw dude! Glad you're having a good first month! Mine is starting to take off a bit! Take your time cause we all got life things we have to attend to~ The message about Rei wasn't exactly good, but let me know what you think fo sho.