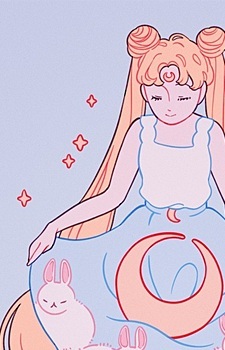 Tylaen Jun 1, 2020 5:07 PM
We don't hold the majority opinion here, so I rarely find that it's anything but nightmarish given things I often see defended. I often feel rather spent myself whenever I do these things, so I just thought that an injection of appreciation would alleviate a small amount of that depressive exhaustion.

You don't spend much time arguing on the forums either as I see, so this particular thread must've incensed you fairly highly to have you come back for it.

I definitely get your avoidance of the forum. I'd like to think things have gotten a little better following the mod crackdown, but I see that as largely a band-aid on the deeper problem of a largely toxic community.

It's...kinda weird, honestly that the anime community is such a hive of incels, when you think about it. It's not like anime targeted at girls and women is new, or anything. Sailor Moon's at least as recognizable in the west as Dragon Ball Z, right? I dunno. Maybe it's a sort of vicious cycle. Anime fans being shitty to women leads to women being less likely to engage in anime fandom circles leads to fewer women in the anime community. Just a theory. If you're looking for a place to talk anime without having to worry about creeps, there are a couple Discord servers I might recommend to you.

Anyways. Watching anything good right now? I'm doing a sort of self-imposed watch challenge I called the Precure Sampler Challenge. Going to watch the first episode of every Precure series (discounting sequels) and decide from there what I want to watch next. I rather enjoyed Heartcatch Precure when I watched it a while back, despite some weaknesses in the plot and inconsistency in the depth of theme. So far it's about my favorite Magical Girl series aside from Madoka and Panty & Stocking with Garterbelt (it's a magical girl series, really!).

I feel like I'm kind of... lost when it comes to getting into magical girl stuff, despite my love of the concept. Sailor Moon Crystal has been kind of disappointing for me, with very weak action scenes and largely neglected secondary cast. I mostly enjoyed the first arc, but felt like the Black Moon arc was a massive step down in quality. I also largely disliked the romantic subplot, feeling it was rather forced and that Tuxedo Mask is one of the least interesting members of the cast.

There's a joke I tell shoujo fans: "I was going to say Sailor Moon Crystal would be a better show if Usagi dumped Mamaru and dated Ami instead, but then I remembered that show exists and it's called Revolutionary Girl Utena."

At the same time, I'm unsure of how well the original series holds up? I often hear it accused of being filler heavy, and the consensus seems to be it's something you had to grow up with, which I sadly did not. I'm kicking around the idea of watching the live action Pretty Guardian Sailor Moon instead, as blasphemous as that might sound.

Other series on my radar include Yuki Yunna is a Hero, Princess Tutu, Cardcaptor Sakura (which I watched as a kid), Doremi, Tokyo Mew Mew and Creamy Mami. I attempted to get into Nanoha, since I heard it had great action scenes, but hard-dropped when we got an inexplicable panty-shot of a 7 year-old. I've watched a bit of Futari was Precure, and it seems that between that and Heartcatch, Precure kinda has the market cornered on magical girl series with good actions scenes. The characters are lovable as well.

Anyways, apologies if I made my post a bit 'wall of texty'. I tend to do that.

Bourmegar Nov 19, 2018 5:24 AM
I wanted to reply to you in "How long will it take for politically correct/ sjw to invade the Anime industry?" Thread but that thread got locked.

To be honest, I see the politicisation of LGBT and PoC in entertainment from both sides. The one side oraising it because of oh LGBT/poc while others criticize it because of LGBT/PoC.

Detective Pickachu However is a nice example. The main character of the Game is white while the Movie has a Black Main character. But nobody (except for a very small amount of ppl) complained/praused it for having a poc.

I mean yh ppl complain about Characters having different ethnicities from the source which I completely understand. (To me it is still better to make new characters that are LGBT or PoC or both instead of forcing existing characters to change).

What I also find Bad is that some ppl who judge a character on its Merit are being called Sexist/Misogynist/homophobe/racist and etc. But I am not going to deny that Homophobes and etc exist.

Oh and bdw your Profile looks Amazing, reminds me that I still have to watch Uthena.