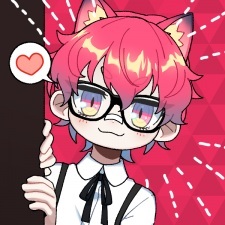 I don't know that this is a franchise-wide issue, but both Futari wa Precure and Heartcatch feature at least one episode where the Cures are on the ropes, but saved by something completely out of nowhere.
Hearcatch has the Christmas episode where Cure Flower abruptly decides she's not too old to transform, then reveals she's stronger than all of the other cures by dealing the Desert Apostles a one-sided beat-down. Futari wa Precure, notably, has episode 24 Irukubo fight where, upon Irukubo successfully gather all the prism stones, the prism stones seemingly turn against him of their own volition, which isn't something it was ever even hinted they could do.

Kirakira's combat was definitely part of what put me off. Throwing whipped cream at someone just doesn't have the impact of a roundhouse kick or a judo throw. Aside from that, the dialogue was unbelievably hokey, and series struck me as unusually toothless and non-threatening, even for a shoujo series. Pretty hard to make a villain a threat when his MO is stealing the color from baked goods, lol. There were also those... peculiar live action sequences showing disembodied hands baking. Struck me as odd. Perhaps they were trying to make more of a educational series? Idk.

My gripes with Suite's first episode come from the clumsy exposition and the Tell Don't Show approach to characterization. Considering that characters development is a large part of the reason I even watch Precure, having the main characters start the series by explaining their personalities instead of showing those personalities through action put me right off. Smile's first episode did something very similar, though it wasn't as bad there since the characters were introducing themselves to each other? It came off as at least being somewhat diegetic.

One of the reasons Yes 5 seemed so much better to me than Smile is that Yes 5 does the characterization right. All five of the main girls get at least a couple interactions with their peers that help demonstrate their personalities without having to describe them outright. Frankly, I'm always a little impressed by stories that manage that work character development with such efficiency and distinction. Jormundgand is probably the best example of this, as it has a central cast of around a dozen characters who all have unique skills, personalities and philosophies. Jormundgand really is an excellent realistic action series, if you can deal with a small amount of problematic stuff.

So far the only magical girl series I've seen that I like as much or more than Precure was Madoka Magica (and Utena and Panty & Stocking??? if you count those as magical girl series?) I took a look at the first episode of Yuuki Yuuna is a Hero, and that looks superb, aside from questionable, fanservicey costume design. Sailor Moon Crystal had a pretty alright first season, but I resented how the second arc made every secondary character useless, and I felt the romantic lead was very boring and forced. I often joke, "I'd say Sailor Moon would be a better show if Usagi dumped Tuxedo Mask and started a lesbian relationship with Ami, but that show already exists and it's called Revolutionary Girl Utena."

I've tried my hand with a couple of Shonen Magical Girl Series, like Mai-hime and Battle Girls Time Paradox, but those were loaded with obnoxious fanservice shots and annoying characters. Mai-hime was particularly awful in that regard. Though so far the worst I've ever seen was Magical Lyrical Nanoha, which features a zoomed-in panty-shot of an elementary school-girl less than five episode in. wretch

Aside from Precure, there are a few series on my radar I'm planning to check out, including Tokyo Mew Mew, Creamy Mami, Princess Tutu and Cardcaptor Sakura. I actually used to watch Cardcaptor fairly often as a kid, but when I tried to revisit the English Dub, I found it had aged like milk. Surfer Dude Cerberus, lol... might revisit that one, subbed, after I finish Futari wa Precure and Yuuki Yuuna.

InkSpider Feb 12, 2020 10:25 AM
I can certainly understand why. So much of Magical Girl stuff seems to fall into kiddie stuff for girls (which often seems to have weak plotting and weaker fight scenes) or seinen stuff for adult men (which often has creepy sexual stuff, see Nanoha). From what I've seen so far, Precure doesn't have the strongest plotting, but it has excellent characterization and solid fight scenes to make up for it. Kinda takes me back to the superhero comics and cartoons I used to love as a kid. Except with generally better female characters.

I did something that was probably a bit foolish in an effort to get a general sense of the franchise. I called it the Precure Sampler Challenge; the idea was that I'd watch the first episode of every Precure series, decide which ones looks good and go from there. Star Twinkle definitely looks great to me so far. In particular I loved how, in the first episode, fighting in the low gravity of space had Cure Star maneuvering through three dimensions. Maho Girls and Huggto in particular also look excellent. The only one I really disliked at first glance were Suite and Kirakira.

So the questions I have, since you offered, would probably have to be:

Which series do you believe has the best fights?

Are any series that don't have any Deus Ex Machina stuff (this was a complaint I had with both Heartcatch and Futari wa, though I do like them)?

What makes Smile your favorite season? Personally, I was pretty unimpressed with the first episode of Smile. Doesn't help that I watched it immediately after the first episode of Yes Precure 5, and perceived it as largely being a rip-off (five girls colored pink, red, blue, green and yellow, hmm?). That said, I've become increasingly aware of late that judging series by their first episode, something I've always done hoping to save myself the wasted time of watching bad shows, is not as reliable as I'd like it to be, and I'm open to having my mind changed.

If I might tangent a bit, what shook my belief in first episode judgements was a series of shows that all seemed excellent or at least enjoyable initially, and became awful later on. Ergo Proxy, Maria-sama ga Miteru, Kashimashi: Girl Meets Girl, Tsukihime, Mawaru Penguindrum, Lovely Complex, Chaos;Head, Stainless Night... that last one gets bonus points for ruining everything in the second episode of a 2 episode OVA, lol. But yeah. After getting burned by seemingly great shows that many times in a relatively short period of time, I've had to reconsider my view on first episode judgements.

InkSpider Feb 11, 2020 5:32 PM
Hey, thanks for accepting my friend request. Since my thread got deleted, this was about the only good thing that came out of it.

Seems you're quite the Precure fan! I enjoyed Heartcatch, and I'm liking Futari wa Precure so far, but I'm still a bit of noob to the franchise.

SpeedRoidGenm Aug 5, 2019 2:49 PM
Love your review on Pretty Rhythm: Rainbow Live and hope you can read mine on Precure Huggot if you whould like ^^

Mine was fine cus i got exams and got two days off. Have a nice week.