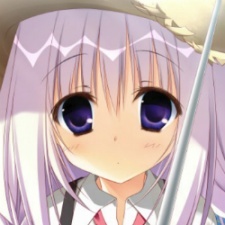 i love semen and dicks :D

Veronin Sep 12, 2015 8:32 AM
You're probably right. Oretsuba seemed amazing from the short prologue game I read, although for very different reasons than something like SubaHibi. I can't imagine I'll ever experience something like the Takuji/denpa chapter again in my lifetime. It's really a one-of-a-kind experience. You can't say that for many other stories.

The main thing that bothers me about the SnU delays is that I'll probably have to reread a significant portion of the first two chapters again, since a three month break (if not more) will have made me lose any investment in what was going on. Oh well. I'd rather it get delayed than be released unfinished or full of bugs. I also wouldn't be surprised if the full game reaches 4 MB of text or more, so we've probably barely seen anything it has to offer so far.

Hmm... have you ever tried the Kiseki series? I'd strongly recommend it if you own a Vita. I picked up Zero Evolution a few days ago and it's great- easily on par with some of the better visual novels in terms of story, setting and characters. The soundtrack is also pretty godly.

Veronin Sep 12, 2015 2:52 AM
Haha, I'm starting to think nothing will ever top SubaHibi at this rate. I mean, as far as the so-called masterpieces go, I just have Oretsuba, Cross Channel and Saihate no Ima left. I think Sakura no Uta will probably be better than all those three if it continues to meet my expectations, but that's assuming it won't be delayed for eternity, lol.

Ebiten? I was actually tempted to buy it on Amazon.jp a few months back, but Sakurai's stuff and Jintai stole my money instead.

I started reading KKK a couple days ago, too, which seems pretty cool so far. It sort of feels more like a cross between Dies Irae and Muramasa rather than I guess a 'true' sequel to Dies. There's a lot of depth to the setting, and of course everyone speaks in super old Japanese.

I don't think it should come as any surprise that Ryuusui is my favourite heroine.

Veronin Jul 17, 2015 12:03 PM
Yeah, I've put a decent amount of time into it the past couple days (though not nearly as much as I'd like due to being distracted with Payday 2). So far it's been kinda similar to RH1 from SubaHibi, what with all the slice-of-life and foreshadowing like the 'Happy Prince' scene. But I just finished reading that scene on the swing a few hours ago, and well... it was a pretty big 'holy shit' moment, lol. That was easily on par with some of SubaHibi's best moments, especially with that track playing. Absolutely beautiful. I may or may not have teared up a little...

The characters are all really likeable, too. I was a bit worried at first since the protagonist is unvoiced as opposed to Takuji and such, but that hasn't really been much of a problem at all since his personality is similar to Kaito-sama from Akagoei. I still haven't figured out which girl is my favourite, though. I'm thinking either Makoto or Rin. Both of them are lovely. :)

Not really sure I understand the structure of the game quite yet, though. I mean, they're putting three routes in just the trial alone, and there's only five (or six? I'm not sure if Yuumi is going to have one or not), so I doubt they'd put out half of their game for free considering all the hype for it. But the full game is supposed to be ridiculously long, so it wouldn't surprise me if there's a huge true route or if, similar to Asairo, it pulls a genre change and what we saw was only half the story or something. It's definitely building up towards something huge, anyway. I really, really doubt it's going to be a traditional charage for much longer.

If there's more stuff on par with the intro and the swing scene, this is probably going to end up as one of my favourite eroge.

Veronin Jun 27, 2015 1:55 PM
Thanks. Ruitomo seems to be exactly what I'm looking for. I already read Hello Lady a couple months back, so I'm more or less prepared for Hino's craziness. I might also just throw in Oretsuba Predule as well to prepare me for when I read the main game in the winter or whatever.

Is Dies Irae the hardest thing in the universe as some people claim? I think it's the length that scares me more than anything (3.26MB of text for Acta est Fabula, and I have Amantes Amentes downloaded which is even bigger). This doesn't seem incredibly difficult for me, at least, aside from some of the Reinhard stuff.

Haha, a special score reserved solely for SubaHibi, huh? It does deserve it. :)

So now I'm curious: what do you think is the next step up from Asairo/Muramasa in terms of reading difficulty? I don't think I'd be comfortable reading something like Oretsuba at this stage and Masada stuff would almost certainly kick my ass.

If it keeps this up until the end, I think SubaHibi might have some serious competition. It also seems to be a lot shorter than I thought (or maybe I've just gotten faster at reading), so I'll probably be done in a few days. I'm near the end of the second chapter, I think.

Btw, it looks like you haven't played 蒼色輪廻. It's not quite like anything else I've played before and has a lot going on (depressed otaku protagonist, parallel fantasy world, reincarnation, etc.) Definitely worth checking out.
All Comments