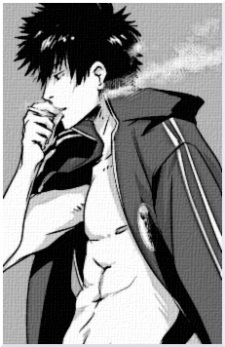 supershmevan Jun 18, 1:41 AM
Hey man! Sorry for the late reply, I haven't been on here in a long time. I'm doing alright, about as well as one could expect right about now.
How are you doing? We recently had a mini Daimyo-kai over on the Inuyasha wiki and it made me think of you. I miss those days when we were all over there together,

Inphyy Sep 1, 2018 2:48 PM
No problem :D I've felt better since. I haven't gotten the chance to check out any Asian Drama or Horror Movies, but I plan on giving some of it a watch soon. Right now I'm doing a lot of anime re-watches, while Ouran High School Host Club takes the back burner lol.

No worries, I'm just glad it automatically signs me into MAL on Waterfox, because I tried logging in to my account on another server and apparently I can't remember my password anymore! XD

Inphyy Aug 20, 2018 6:52 AM
Sorry for the late reply, I've been kinda down lately, but I seem to be climbing out of it again. Yes! Alone is the one. I am so happy you were able to remember that because I probably would have had a lot of difficulties retrieving it. It was one of my favorite Asian horror movies along with A Tale of Two Sisters, which again, is my absolute favorite. :)

I will have to take a look a Junji's works. Thanks for the recommendation. ^^

Inphyy Aug 14, 2018 7:49 PM
A Tale of Two Sisters is my absolute favorite Asian horror movie, and possibly my favorite movie for that matter of all time, so please do check it out, and let me know what you think of it! ^_^ I watched another good Asian Horror Movie about two twins that were attached, but one was evil and the other one was good, and the evil one was out to kill the good one. It was freaky as hell, but so good. I forget the name of it though unfortunately as I watched it when I was younger. I use to be really into the Tecmo Fatal Frame franchise, so a lot of these Asian Horror Movies were just like those games, which made me like them even more. :D

Thanks, I'm actually becoming really discouraged with my inability to rank up in SFV. I've been Bronze for over a week now. Every time I League Up to Super Bronze I get knocked back down to Bronze by a bunch of tougher opponents... :( It's really annoying! >_<

But I'm going to keep trying my best to league up. My favorite player to watch is IsaSFVAE. :D

Inphyy Aug 11, 2018 8:43 PM
That's so cool :) I may actually start getting back into Japanese Drama. I'm also a fan of Asian horror movies. My favorite being A Tale of Two Sisters.

Thanks, both look so much fun! :D Yeah, now that I got a little further into Ouran I can kinda see what you mean now by it being quirky lol. But you're right, that's what makes it uniquely its own type of series I guess lol.

I sometimes take the notion to watch a Japanese Drama. I use to watch them long before I got into anime actually lol. But once I got into anime, I kind of switched over from them to anime. I may give one a watch again one of these days because they have their own distinct charm about them.

I've mainly been training Street Fighter V. I'm trying to go pro at the game, but am also hyped for DOA6 that's coming out sometime early next year (2019). I've also been playing a few Blizzard games (WoW and Overwatch), but have been trying to make room for some anime as well. I just recently started Ouran High School Host Club on Netflix. It's an addictive-to-watch, series! :D I love it.

I have been kind of just picking away at One Piece since MAL went down. I've been doing a lot more gaming than watching anime, but still try to put some time into it. I'm sure once MAL is fully functioning again I'll be back at the anime more regularly.

Other than that I haven't really been doing much else other than working. I've also just been trying to stay positive lately because over the last week I've been hit with quite a few lows, which weren't nice lol. But I seem to be feeling better now. ^^

I've been great! Recently bought a Nintendo Switch, it's so much fun! I got Atelier Lydie and Suelle for it and Splatoon 2. Both games are great. :3

Other than that I've just been watching anime and working a lot. How've you been?

Inphyy May 18, 2018 12:03 PM
The shows that were on TV during the 90's, like DBZ, Pokemon, etc were what I watched first as well, but Ranma 1/2 was the first series that I actually kept watching until the very end. Even with that said, I got to the very end of DBZ, just didn't hang on long enough to ever finish it lol.

Haha yeah, nostalgia can make a person quite addicted to a specific series, when I was younger I had no desire to watch other anime, because I would start making comparisons between those shows and Ranma 1/2, and think to myself that no show compares. Man was I living in a small box back then lol.

Now I'll literally watch anything and everything that's called anime, whether it's Shounen, Shoujo or Seinen. It's all the same to me! (Even if it's not really the same lol)

Haha no you're right! Peace is a good thing, it's how we know something is good. Anything that produces chaos and misery is definitely not good. I definitely agree with you!

Inphyy May 17, 2018 11:33 AM
That's true, InuYasha is a lot more recognizable and popular than Ranma 1/2. Again my reasons for taking to Ranma 1/2 more is because of the nostalgia that's attached to it from my childhood. Ranma 1/2 was actually the very first anime that I watched from start to finish, even before anime like Dragonball Z. I think a lot of the time it comes down to what series holds the most childhood memories. There have been anime that I heard about years ago but when I went to revisit them years later, I did not take to them like I probably would have if the series had been watched back when it was fresh off the press. Except for Sailor Moon from the 90's, because I never actually watched it all until sometime during the year 2011, and I took to it just as much as someone would have taken to it from as early as their childhood.

Yeah, I know what you mean. Life can throw a lot at a person, and sometimes it just gets really frustrating and nerving. I am trying to live a calmer life. XD

Inphyy May 13, 2018 12:30 PM
That's one of the main reasons why I did go into RIN-NE with some hope. Rokudo reminded me a lot of Ranma and Tsubasa reminded me a lot of Ryoga, which were my favorite characters in Ranma 1/2. I know InuYasha is one of Rumiko Takahashi's greatest works though, so I don't want to chop it down yet without getting far enough into the series to make a more critical decision on my opinion of it.

Haha ya Genma and Soun are such gag characters in Ranma 1/2. But ya, for being a piggy panda, he sure knew how to balance on those bamboo sticks! XD I understand, I hate losing my cool as well. It's never a fun feeling, even if it does let off some steam or get a point across. I still try to maintain my composure in most of every situation I'm in, especially if it's outside of my home environment lol. I can relate with the peaceful boy personality as a child as well, but the temper was always there. Actually more so then than it is now.
All Comments