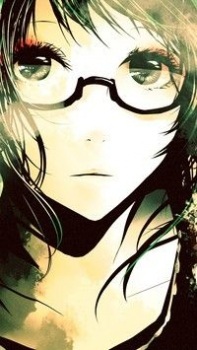 Bibanu Jan 3, 8:48 AM
Well, I finished it. It was good, but I don't understand the thing from the ch 78-79 when it's seen from the girl's perspective and it's appear that she is Komori Isao. And I don't understand why? Overall, I like it, if you have any other manga you can recommend me, You're welcome.

LesLoue Jan 3, 7:54 AM
Hope you'll enjoy them! I was amused to see I was your Santa this year again haha. Happy New Year also :)

Bibanu Jan 3, 5:14 AM
Well, I already started "Inside Mari" and so far as I read I think it hai a good story

PsychoJDM Dec 11, 2020 9:16 AM
YES I AM FINALLY FRIENDS WITH MY FAVORITE PERSON IN THE ENTIRE WORLD

literaturenerd Oct 29, 2020 6:45 PM
Which country does your ex live in? My girlfriend is https://myanimelist.net/profile/Honey_Flash We actually first met on MAL and have been dating for 8 months! As you can see, she's quite a bit younger than I am! I thought she was older based on her favorites and our conversations, but age gaps happen more often with online relationships. It hasn't been an issue so far.

literaturenerd Oct 27, 2020 12:31 PM
I’ve been playing on and off since I was in 7th grade, which was around 2002. My first set was Odyssey. What about you? I have a fairly large collection at this point, but most of my decks aren’t very expensive and are simply to play against friends. I have 4 buddies offline that I play with pretty often on Friday nights. My girlfriend is interested in learning, but she still lives around 8 hours away, so I haven’t been able to teach her yet. I’m visiting her next week!

BTW, that’s awesome to hear that you used to play too! I don’t know that many Magic fans here on MAL.