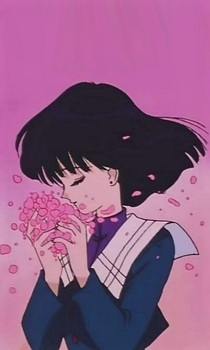 You probably have best username here. ;)

pagoe Jun 2, 2016 11:10 PM
kkkkkkk that's ok.
but hey... u don't have the themes anymore ?
i wanna change my, but i can't find themes there are more "simple", like your. that don't have to much things and anime images as background, more kind like yours.

lady_freyja May 31, 2016 2:33 PM
thanks for the recs!! i'll def check them out these days uwu
i've been tryin to get into the 'classic' yaoi mangas but i rly didn't know where to start haha

Sadly, like a lot of 70s and 80s manga, the yaoi of that time are scarcely scanlated. :(

Beside Thomas no Shinzou, Moto Hagio did other yaoi works, like Marginal or Zankoku na Kami ga Shihai suru.
There is also A–A' that contains some yaoi elements, but it's not the focus.
Globally Moto Hagio have her own definition of "Boys' Love". Her works differs a lot from standard yaoi, I think.


Keiko Takemiya did other yaoi too. But the only one scanlated is Natsu e no Tobira. And like A–A', yaoi is just a side-element to it, not the focus. For once, I preferred the anime version over the manga version. It was more "fluid", or something like that.


I've also heard of From Eroica with Love, but I haven't read it yet… the manga is still on going in Japan.


For a changing of register:
Banana Bread no Pudding is some kind of very… absurd manga? It contains some yaoi elements, but here again it's not the focus.
And then there is Patalliro which is a parody manga, there is heavy yaoi elements, with bishōnen everywhere. But it's a parody manga like I said, and thus the yaoi is also parodic. The manga is still on-going in Japan, but it is an episodic manga, meaning there is not real plot and thus no real end, so I find it less problematic compared to a "real series". For the time being I'm watching the anime version, I haven't read the manga yet, but I will.


More recent, and since you're fan of Sakura: CLAMP made some yaoi too.
Tokyo Babylon is very great in my book. I've also heard about RG Veda which from what I heard contains yaoi elements, but I haven't read it yet.


You may also be interested into Summer Vacation 1999 which is a very liberal adaptation of Thomas no Shinzou. And also Les amitiés particulières which was the movie that inspired Hagio to write Thomas no Shinzou (and probably Keiko to write Kaze to Ki no Uta), that movie is somewhat autobiographical and is one of earliest gay movies.
I liked both movies… but since I'm a big big big fan of Thomas no Shinzou/Moto Hagio, and both are related to it, I'm far from partial here. :D

But there is a constant in almost all manga/movies that I mentioned above: they are mostly tragedies, thus they tend to hit a "bad ending", or an "open ending" or others "bitter-sweet ending" and stuffs like that. The issue is that it's not very happy but the advantage is that the emotions are very powerful.
I have a thing for tragedies, so I don't mind it, in the contrary, I like it quite a lot. へへ

Tragedies was the trendy thing in 70s' and 80s' shōjo-ish manga.

The manga is 17 volumes long, while the movie is just 1 hour long. The movie covers something like the one or two first volumes and that's all. And even so, it cut a lot of parts, and thus the development is rather quick.


If I remember it well, I firstly read the 2 first volumes, and then I watched the movie. It worked pretty well for me that way.

I don't read on going manga, thus that's why I stopped after reading the 2 first volumes, and why the movie is "frustrating", because I want more. TT


In any case, I find both the movie and (what I read of) the manga pretty good… even if I'm not partial at all. へへ’
So yes, I recommend Kaze to Ki.
But if you want a complete first-generation yaoi, there is Thomas no Shinzou which is rather good too.

They both share the same context (European all-boys schools around the dawn of the XXth century), but the big difference is that Kaze to Ki is sexualized, while Thomas is platonic.
Those two are the first two major yaoi manga (there were some one-shots before them). And Moto Hagio and Keiko Takemiya are both the "mothers of yaoi".

Just a little useless comment for saying that I love your pseudo, and both of your avatars. ~

PrOxAnto Feb 28, 2016 4:35 AM
Just wanted to let you know I'll be using your animelist for the;
Top rated and completed anime on the same page challenge.

The anime will be Mahou Shoujo Madoka Magica !