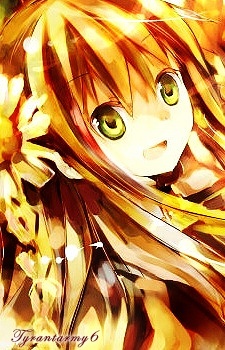 ChrisDavidLo Aug 19, 2019 4:52 AM
I haven't watched much lately, but No Game No Life seems to be growing on me. My roommate and friend had watched it previously and I had seen the whole first episode and other parts of the show, but I really didn't like it at first.

Some problems I had (and still have), but am able to overlook now are the following:
1. The main characters are negative and think that the human world has little to offer them, which ticks me off, since I always like to look towards the bright side of things and I honestly don't believe society is bad. I also don't like that the characters come off with a good protagonist vibe, because it allows the viewer to easily adopt the negative beliefs of both characters.
2. There are a lot of references in the show to other shows, games, and so forth. While I understand more of the references now, there are very odd points in the show that seem really confusing if you don't get the references - it is not always a simple one-liner that blends. I have never been a fan of shows that use references as an element of the story regularly as it pulls from the plot, can ruin the atmosphere, and jeopardizes the show's integrity.

Some great things about the show are:
1. The originality of the story. Very unique premise and the show doesn't linger on boring things.
2. The animation. I used to dislike the animation because of the saturated array of colors and because I prefer something more realistic looking and compelling, but I have come to appreciate it for being something different for the most part.
3. The show is engrossing. I haven't found a show that I have wanted to watch with episodes back-to-back for awhile, so I am glad I decided to give the show a retry.

Now after writing this entire spiel, I decided to look at your profile and realize that you already watched the entire thing, so this feels kind of pointless now, haha. Based on looking at your likes and your hilarious comments on all of your shows, I might recommend Ben-to or Midori Days - whether you enjoy these or not I think you would appreciate some aspects and could at least pull a funny comment out of them.

EDIT: I am writing this after having completed No Game No Life, and while I still don't agree with everything the characters feel (including the attitude) - I have come to understand the characters a bit better. The characters still mildly frustrate me since thy could still be more hopeful about their own world, but too a much lesser extent. Also, the references died down after the first few episodes.

ChrisDavidLo Aug 13, 2019 9:04 AM
Hello!! It was quite a laboring journey, but I came back with a cardboard cut-out of Asuna from SAO, so I think everything worked out alright!

shinrinyoku Jul 22, 2019 6:28 AM
ahahah you should have seen my reaction at the first scene, I didn't know XD
Maybe instead of the mid afternoon snack I'll just watch an episode of that then :3 or maybe it's a terrible idea

shinrinyoku Jul 22, 2019 6:23 AM
I don't complain though, mind ya :D
mmm I managed to survive Shokugeki no souma's scenes, I can get past these as well if the rest is worth it :3

shinrinyoku Jul 22, 2019 6:10 AM
moe anime depends on how it's done but yes, I don't mind it :3 but food is pure love, not just liking :D
good thing I've already eaten with all these gifs xD

shinrinyoku Jul 22, 2019 4:42 AM
I don't even know how it was advertised actually :3 but yes, I like anime focused on music or sports, they remind me of other times.

I hope you have a happy day, and get a lot of gifts ^^