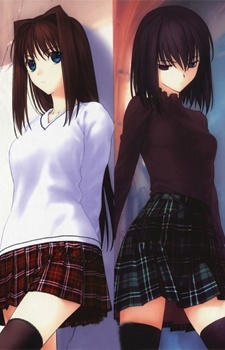 darkquach Apr 12, 2012 2:36 AM
Oh well that much be a long time ago then I don't remember much especially my account was hacked around last year many things got deleted , idk

Also, did you get the PMs I sent you?

ataraxial Apr 1, 2012 8:23 PM
All right then!
So are you officially "dead" or will you be around from time to time?
Also, do you have any ideas/suggestions for the club? :)

I saw your comment in Kurisu's fanclub, and I would love to take over as an admin if that offer is still available. I really like Kurisu as a character, and I will do my best to make her fanclub successful. I definitely think she deserves to have an active club in order to do justice to her (non-cliche) tsundere glory :)

I also enjoy making cards and banners, so look forward to seeing those around.

Hmmmmmmmmmmm Mar 16, 2012 1:04 PM
Hey there, I see you made the nisio ishiin club. I would -really- love to make it a profile layout and club cards so the members can really dig in, examples of my past work can be seen in the supercell FC club and GL Addicts! club. I hope you get back to me!

Hey guys! We decide to bring back our club to life! We have made a pretty big list (with pictures!) of all couples we know HERE. Check it out please, and help us by NOMINATIG new couples which we haven't yet noticed.The list will get updated everytime a new canon couple get confirmed!