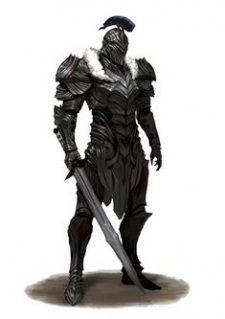 Scordolo Nov 9, 5:55 AM
Yeah Detective Conan used to air on Hungama I don't know when maybe looooooooooooong back.
Their is also an official version of Detective conan op in Hindi.

Scordolo Nov 9, 5:34 AM
Yeah I remember animax.My sister used to watch when I was maybe 5 or 6.Detective conan used to air on a channel called Hungama.Its like India's cartoon network but in Hindi.I only remember Fairy tail's character named Happy that time lol.

Scordolo Nov 9, 5:09 AM
Lol not really.I started watching anime when everyone on youtube were talking about My hero academia.What about you?

Scordolo Nov 8, 10:54 AM
Okay what was your first manga?Mine was Chainsaw man.

Catalano Nov 8, 8:40 AM
that's great to know, franxx was great, bebop was boring

Scordolo Nov 8, 3:08 AM
So you're more of a manga reader than anime watcher huh?Which one did you start with Manga or anime?

Play2X Nov 4, 6:24 AM
Haha, I wouldn't say you're weird. Or well, if you are, I am, too, because I do that sometimes as well, and be it just to see if people have similar tastes to mine. And well, luckily I got away from the point where I was like 'What, you like that show? Man, your taste just sucks'. A big reason for that would be watching the YouTube lessons of Brendon Sanderson on writing novels, where he at some point goes on about how some stuff just works for people and doesn't for others. After that point I felt like I could gauge anime way better than before.

I actually didn't took that as an insult in the first place ^^. And no, there is no rules as to how to watch anime, at least none that I would be aware of. I just happen to like a lot of openings, or rather, the opening is my first impression of an anime, and affects whether or not I like the whole show. My latest example would be Higurashi no Naku koro ni Kai's opening Naraku no Hana, which just has such a wonderful sad refrain, which really got me immersed in the whole series.

Thank you as well for talking with me!

Play2X Nov 4, 5:50 AM
With the second one being yourself from what I've seen? Well, the thing about Cowboy Bebop is really, that it aired in a time when kids started to get into anime in the US of A. I'm not from america. I never had those childhood biases towards that show. Together with an overly preachy attitude and not all that impressive themes it just fell really flat to me. Death Parade on the other hand felt to me like one of these adult afternoon series, in which people reaffirm that their lifes are better than those of the people they see on-screen. That show lost me kinda after the first episode, but because it was in the list of shows I watched with my friends back then, I couldn't even drop it. Being forced to watch a show you hate really sucks, as it turns out.

anti-maya-sauce Oct 28, 1:35 AM
nah i just really dislike those old english sounding names. like on some people they're okay but imaging myself with one makes me wanna puke

I read your first post. Thought I'd just drop by to say hi to you. I hope all is well. :)