TitanInsane Jan 2, 2021 10:37 PM
Hey, it's your Secret Santa recipient. I just wanted to thank you for your recommendations. I really enjoyed Rurouni Kenshin and Bloody Monday. Dr Slump wasn't my cup of tea but nonetheless, thank you for going through all that effort.

NoctisCuadro Jan 7, 2019 4:15 PM
Hey, it’s your Secret Santa recipient. I finished reading Bloody Monday a few days ago and I thought I’d give some feedback on the recommendation. As a whole I can say that I’ve enjoyed it quite a bit. There were two points in the story where it had my full attention. The first one was when MC had to copy the data from the teacher’s laptop. The way they tried to read each other was really gripping, because you could see what both of them were thinking. The way that part ended was also really cool. The other point in the story where I was on the edge of my seat was the spy guessing game. When they captured the teacher and MC was not sure who was the spy. (funny side note: I just tried to look up some names because I forgot them and was like “Who is this Hibiki girl?” and probably spoiled myself a little from reading her description. Fuck. I guess she shows up in the sequels.)

I agree with you on the seinen thing. It didn’t feel like a shounen to me at all. I liked most of the characters but I wish they got some more development, especially the villains. One thing that I didn’t really like was how the author gave background and story information for some characters like Abel, Cain, J, Jacob and Simon on the first pages of the volumes. Not in the story itself, but a single page character bio that you’d expect to see in later volumes when you already know that info. Another thing was how some characters blatantly had plot armour (or rather plot-proof vest). At one point I was yelling “make sure they are fucking dead, aren’t you supposed to be a pro?”. And finally, the ending was quite anticlimactic. Everything just wrapped up in two chapters. Who even was Judas?

But all in all I did enjoy reading it. And even though the ending was not that good, after I finished it I asked myself “Huh, the sequels… should I do it? Like right now?” Keep in mind that I binge read it in one night.

So, happy late new year and thank you for the recommendation. I’m definitely going to read the sequels and maybe give some feedback on those too.

SheyCroix Jan 4, 2019 5:33 AM
I'm glad you liked them~
That's all right, you can take your time to watch it! So I'm glad you took the interest. Hope all goes well for you and that you can eventually watch them =3 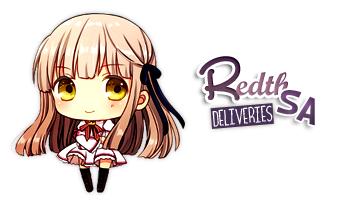 Ding ding~ You've just received a delivery~
Congratulations! For having earned a certain amount of points,
You've earned a little badge to show off your dedication!
(also your fekken weeb-ness)
Congrats~! 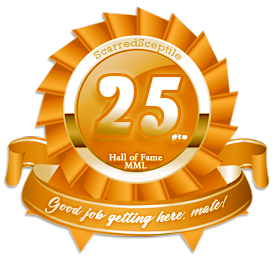 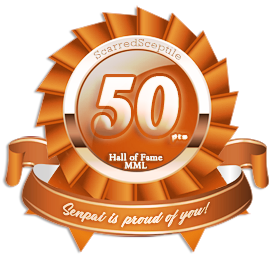 Hope you have fun completing our challenges~ 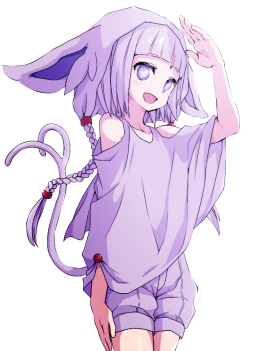 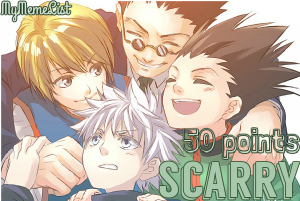 Romy_ Jun 20, 2017 3:53 AM
Yea with the center and stuff (for the staff and members post) but it's fixed now! Also what did you tag me in like 2mins ago. I can't go on discord but I can see notifications.