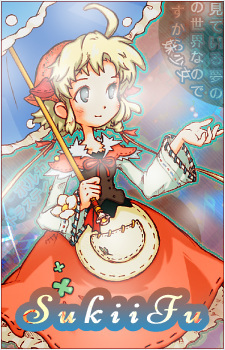 tamochinnn Apr 30, 2:24 AM
I knew i was missing something! I came back after long period of absence and am still all over the place;
Updated my form, also it doesn't matter, it was my fault, it's completely fine (regarding points).
Also you're welcome, i'm definitely sticking till the end with the roulette badges! ♥

ownitlikeaboss Apr 2, 6:04 PM
Thank you! School's been a bit stressful lately, but I guess it's just that time of year lol
What have you been up to outside of MAL? 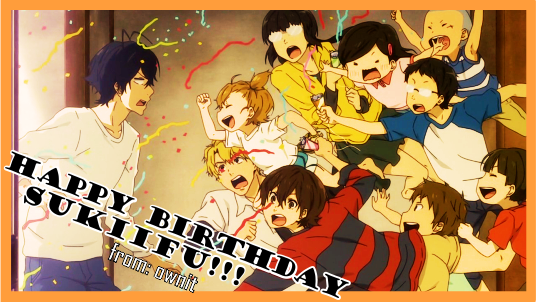 Sorry it's quite simple, but I have zero brain cells working right now lol
HAPPY BIRTHDAY!
I hope today is a good one for you ^-^

Finnjtx Feb 1, 2:19 PM
Haha yeah, the Pokemon movies were a big part of growing up for me!

Eat better and work out better
What you been up to?

🔥🔥🔥🔥 XD
Here's your periodic novel/book/newspaper or w/e you called it! XD

~
hhhh I think, there wasn't a reply button before. XD Slow loading is nothing surprising, getting used to it. hhhh
//
~
hhhh Good thing I kept it in mute.
//
~
Ahaha, prolly there will be. I remember omelette only, which I kind of just had it days ago XD I see. But 'Koufuku Graffiti' is more like just an eating show imho? I mean, only one girl can cook and her friends likes to eat, asks her to cook for them, and such.... xD
I see, I see. Yeah, they do have unique appeal. xD Even though I don't quite care sometimes. xD #oops I'm sorta Inaho-robo after all #oops
—
Here's for another Shaft anime, 'Mekakucity Actors' XD
—
Another anime for you! XD I remember you like circle of friends or sth, right? I recommend 'The Rolling Girls'! I do like its theme despite its poor execution; lack of explanations/details resulting plot holes; and thus wasted its potential. Not to mention the ending seems rushed imho. Nice songs though. Give it a try, for its songs at the very least! XD
—
/> I see, I see. It's simply, Sukii the imaginative (?). XD
//
~
It's okay for mail. I take it that you didn't really always check your mail and/or have your email logged in your phone/device you hold on. You don't have to reply to this part if you'd prefer to.
And yes, I did ask this before which one you prefer and/or open more between Discord & MAL, in another 'un-replied pile (1)'. And again, you don't have to answer if you'd prefer to, Sukii. hhhh ;;
//
~
Ahaha, yeah, a 'very late' & 'very long text'... 😂 Period many months—days have passed since then and still nope... Sukiiii XD /Joking
//
~
hhhh Sukiiiiiiii 💥 ('💥' this should be some kind of a 'bomb' and such btw xD) 💥 You shouldn't see everything of that report on ES!! 💥 Pretty sure I did write and even with caps and in red as well for spoilers hhhhh Sukiiiiiii plssss....... I hope you didn't see those spoilers, or not. hhhhh 💥 💥 💥 💥 💥 XD
I did say that as well before, it's in the other 'un-replied pile (2)', only mal ones iirc tho. hhhh 💥
//
~
Ahaha, I see. In a group of friends... That kinda reminds me to 'Atelier' franchise games... I mean, that's how it is basically if we exclude the fantasy/alchemy out and the main girl/heroine almost always a genki, or at least a happy girl imho. XD Prolly just me, my secret club tho. XD
//
~
'2nd mini' actually looks nice. I don't quite like the 'username' text, it's too big, and I think, it's ok if you'd like to use 'rotating/warp text' and only one 'username' text should be enough, no need to repeat it imho. Also, is there a 'flowers' that encircled around the 'star' for some reason? If yes, I can't quite see the 'encircled flowers' due to 'repeat' & 'big username text'. I don't mind its 'star' shape as well but like I just said/mentioned previously, I can't see it due to those as well.

'Secret santa' looks nice. I like it. 👍👍 Oohh, so that's how the 'encircled flowers' in 'stars' looks like! :o Now that I see it, that one turned decent so keep up the good works! I really like it! 👍👍 *claps 2x*
Btw, did you perhaps use 'saturation'? If yes, prolly just me, but I think, the red (star) in the bottom middle (not left corner ok?) looks too bright imho.
Idk if I did tell you about 'saturation' before, but I'll tell you a good tips that's better than 'saturation' apparently or so I heard, use 'vibrance' & 'contrast'. I use 'vibrance 50' & 'contrast 50 or 30 (30 mostly tho)'. You can always play around with it till you find it right/satisfied with. 👍👍

hhhh I can't help it, sorry. That 'Dango' piqued an interest in me :eyes: Simple but nice, I like it! Keep up the hard and good works, Sukii! 👍👍 *claps 2x*
Aside from that, I also like that 'rose/flower shape' (That simply stands out that even me able to noticed xD) but the rest are also really nice owo 👍👍 *claps 2x*