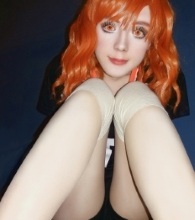 Anyways its been a while. How you been?

link9us Jun 25, 2018 2:49 PM
Well the hype for one piece far exceeded anyone's expectations. The reverie arc is just chock full of revelations, bomb shells and major story developments. We are getting introduced to some really major powers in the world that have been dormant for a very long time (although i won't spoil anything) but these new elements of the story may even pose more of a threat then the Emperors them self's.

So yeah its clear to me oda is really pushing forward with some long over dew story developments, alot of the mysteries regarding the void century, the one piece, revolutionary army, the celestial dragons, etc are finally coming to light.

If you recently been out of the loop for a while, its never been a better time to jump back into it!

link9us May 4, 2018 9:12 PM
Hey long time no talk, just wanted to say that the reverie arc of one piece has officially began in the manga and the hype is real. Its reverberating all around the internet like thunder. Its finally happening ever since oda announced it over a year in a half ago. I am sure you been keeping up with the news so i won't say anything, but yeah oda and his editors have been dropping lots of hints and tweets to just how important this mile stone in the series is. But were finally here, im just so excited.

link9us Oct 1, 2017 3:18 PM
Shūeisha gave some little minor details about the Four Emperors Arc in one piece, and they shared with us the general flow of the story down the road. They told us “Luffy will face Big Mom in the Whole Cake Island Arc, and in the following Wano Arc, he’s due to directly confront Emperor Kaido, so we’re in the Four Emperors Arc now! Let’s do our best!” The Four Emperors felt like entities that were so far off, but we’re finally at the point where the Straw Hats will be clashing with them. We were told that each of the individual straw hats will grow in ways unforeseen and that we’re due for powerful and passionate developments to unfold henceforth! As readers ourselves, we’re really looking forward to future developments, and we hope to give our all into contributing to the Four Emperors Arc!

This was from an interview with Shueisha and basically what the anime team and director had to say bout keeping with the consistent quality of the anime, it was pretty insightful and i loved how Shuesha said each of the straw hats will grow in ways unforeseen. )

Narukami_God Sep 10, 2017 10:15 AM
Hmm. Very interesting. Jouzenji were way too hype during that volleyball game. Like way too hype and into it. Hopefully Haikyu season 4 comes sometimes in 2018.

It's hard to pick a favorite because I like every single male cast in Haikyuu. They're all likeable.
But my top 5 are
1. Yu Nishinoya
2. Hinata Shoyo
3. Ryu Tanaka
4. Kenma Kozume
5. Daichi Sawamura

Honorable mentions: Yachi Hitoka as well XD She is a great supporter for the team.
Favorite team chant is SHIRATORIZAWA!!!! And Dateko as well. Go, go! LET'S GO! LET'S GO! Dateko!
In my opinion, the best team uniform is Nekoma because I have a thing for red. I find the color red fascinating.

Narukami_God Sep 9, 2017 2:29 PM
Yeah, isn't the manga in the top 5 sales in Japan? I can definitely see this series progressing. Hopefully Production I.G. has enough money to make even more of this in high quality.

Do you have a favorite team/ character? And favorite chant?

GoddessLove Sep 8, 2017 6:33 AM
You seem friendly and cool by the way you have a cute and fluffy strawberry comic picture :-)

link9us Aug 27, 2017 4:46 PM
Why one piece is as long as it is? Very interesting note from ODA to say the least. Kind of has me a little bit worried but different fans have a different outlook on it.

And to think he is only introducing even more Shinshibukai like Edward Weevil, and there are still some that we have seen very little screen time like Buggy, Dracule Mihawk, Kuma and Boa Hancock. Not to mention ALL of the current Yonko and there elites, like red hair, Blackbeard, Big mom and kaido. AND to top if off we got 7 NEW oddballs of characters that struck an alliance with luffy as part of the grand fleet. THEN WE ALSO got the rest of the "Super nova's" to reveal. The ammount of characters left to reveal is just staggering to say the least and i am not including characters that are less significant, just the more prominent ones.

Its funny how oda mentions this but yet completely contradicts what he is saying cause he's only introducing more and more characters. I am just really interested in how he is going to fully flesh each and every one of these individuals to create them as dynamic and as diverse as like Doflimingo and still not have another 10 or 15 years left of one piece. But yet his claim is he's planning on writing one piece for a little while longer and most likely reach 120 volumes at its completion. How is that even possible if each of these characters are going to need an arc and world centered around them that is at least quarter-half the size of dressrosa. So that is why in order to have one piece end with in the next 6-8 years or so, he's going to have seriously consider using many of these characters combined in one arc. I just really hope wano kingdom doesn't become convulated in the way that naruto did with the 4th world war and we get small little glimpse of each character but they end up becoming fodder in the end ALL because oda wants to rush the story of one piece and focus on the Yonko instead. Any thoughts?

I would be very dissapionted if characters like Lafitte or Hancock or even Kuma just became nothing more then Fodder side characters that support the straw hats during some of the major conflicts against the yoko that take place in the series, but there is no degree of depth or world building to there characters like Doflomingo had.﻿