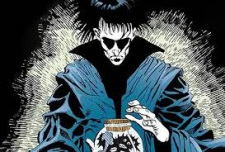 steamcommunity.com
mydramalist.com
Dream of the Endless41#7075

Spookzee Jul 11, 8:26 PM
lol you like the pic? I can look to DM it to you? I like your taste Revy is freakin awesome

Spookzee Jul 8, 9:44 AM
Is there a difference between the manga and the show, or is the show pretty much faithful to the manga?

Spookzee Jul 4, 9:00 PM
I did. I really enjoyed it. good show. I highly recommend it if you haven't watched it already

Spookzee May 18, 11:42 AM
I've only heard of Coraline but I've not read the novel, instead I have just seen the movie. I'll maybe look to pick up reading those novels some day as the omens and american gods synopsis seemed interesting to me

Spookzee May 9, 9:46 PM
I've heard/watched Monster and Master Keaton from Naoki, I've no clue about Neil Gaiman's works, and Phil K Dick I know of his novel that blade runner was based off of, but I had no idea that he he inspired films like Total Recall and Minority Report, A Scanner Darkly and others.

Spookzee May 8, 10:26 AM
I read more manga, comics, and graphic novels than regular novels. Lately tho if I do read something it's manga, and how about yourself? Also, do you have a favorite author or anything you been into reading lately?

Cypress- May 5, 2:38 PM
Rewatching Evangelion huh?! I've want to but I quite like having a sane mind.

DoodlebugFour May 5, 9:53 AM
Alright, gonna be housesitting for some relatives who are gonna camp for a bit.

Spookzee Apr 28, 9:09 AM
I don't really have a favorite author as or at least not yet as I've not really picked up any manga to read. I guess you can maybe say Rei Hiroe as I have all the English text Black Lagoon volumes that have come out but that doesn't mean I like Rei since I've not read his other works, but that's not to say that his other works don't interest me. How about you?

CrimsonMidnight Mar 28, 11:37 PM
Haha thank you!!
It's actually from the name of one of my OTP from Owari no Seraph.
Guren x Shinya, Guren means Crimson Lotus and Shinya means Midnight, so CrimsonMidnight XDD