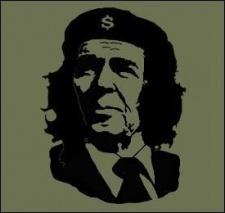 Zoul75 Jan 29, 2017 7:43 AM
nice review on phantom requiem for the phantom man.I really agree with you.I just finished the show and it was pretty terribly executed

It's long overdue for me to drop by here with a hello!

Just wanted to say I often appreciate your posts; they are informative and usually pretty thought provoking.

ok_ Jul 1, 2014 6:15 PM
You won't expect me saying this but I can agree to your opinion of the show on it being badly executed . It was the first anime I ever watched and I started ranting at you because you ruined the nostalgic thoughts of the masterpiece I once saw as I started thinking about it. But... Thinking again - nevertheless it could have been close to a masterpiece if it was properly executed.

If you truly analysed the show you would notice that the plot was built on a solid premise 'scene' near the middle of the show.

Being: I've watched around 40 anime and I have NEVER seen a better dialogue scene than this that described Phantom: http://www.youtube.com/watch?v=LOWNZ3Do5dw

The last 3 minutes of that clip sews the whole plot of the anime together and explains the ending. The ending was badly executed but was anticipated from this scene.

So you ruined my train of nostalgia because all I remember is this scene and I forgot the lesser parts. So my bad what I was trying to say is to not ruin it for others who watched the show but I'm sounding like a hypocrite right now. heh

Its a good show. It's like a terribly sewed sweater made from a golden quilt. It doesn't deserve a 1... I respect your response you gave me on how you chose to rate the show but I feel you focus on the loose ends of the sweater rather than it's fabric. Opinions come from a lack of information/understanding. Think about it.

ok_ Jun 26, 2014 8:20 AM
Look. Everyone is entitled to their own opinion and I respect everyones view including yours. I just want to tell you that your view is wrong and your arrogant. Don't illusion yourself that your opinion has some truth to it. I came to ask you to remove your review. I am a fan of the show and don't want it's review board poisoned by your 'view' of it. Ok ~ you don't like it. I respect that. Just don't make other people not like it. People read the reviews before committing to a show.

Now I can spend hours writing a report on how your wrong but like everyone I have work and other things that are a higher priority. Il just clarify one of your quotes:

""It was like someone wanted to make a hard, biting, psychological show about assassins, but wanted to make it for an audience of fifteen year old girls."

Your forgetting the audience of 15 year old guys since anime in Japan is usually watched by adolescents and manga by the adults. Number one. Cal (blond girl) and the other masked assassins was decided by an underlying execution plan. The third ark was properly planned to incorporate the needed elements of a Japanese show for this demographic.

So your premise of "poor execution" is wrong. It had execution.

Also you quoted you give it "a 5 out of 10" but you gave it 1. Clearly there is some shenanigans behind it like Beetrain sent an assassin after your family and...fuck it, forget about it

I can argue with you. Just please remove the review. FYI I agree with the points you made that Mars of Destruction and Phantom are two separate levels in budget.

I came here to say your a troll

13579wp Feb 28, 2014 10:10 PM
i think you should re-watch it as its a great show but there is a reason you gave it an eight so don't change you're score unless you really think you're wrong i mean i'm not the best pearson to ask as mushishi is one of my all time favorites so i'm a bit biased and eight is a good and fair score