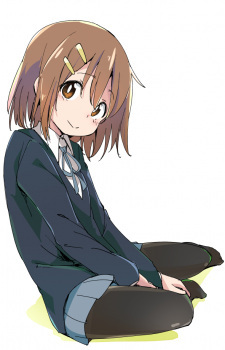 Kyotso Nov 13, 2019 4:15 PM
Hey!
Yep, I'm enjoying Shirobako a lot - Mistuaki Kanno is definitely the best character and the Idepon episdoe was great.
It was really satisfying seeing the Exodus series come together and the ways the stage approached it.
I'm looking forward to seeing how the production of Third Aerial Girls Squad will go.

Also ohh yay! I'm so excited to see it!

sumony Nov 1, 2019 7:12 PM
Oh my goshh wow! That's amazing! I've actually been watching him for around the same amount of time I thinkk, and honestlyy I think he also kind of changed my life! Haha

I guess I've always had kind of a low self-esteem and likee I guess I was a little bit insecure about who I am and the things I like and everything... But when I found Digibro, he was such an amazingly honest person! And he didn't care one bit about what anybody thought of him! Likee I think one video that really sticks in my mind is likee the one where he roasts all the other anime YouTubers haha, when I saw thatt I was just so amazed and how honest he was! This is a little weird haha, but I also loved so much how he has such a huge ego! And he was so honest and open about that! Likee he didn't even try to be humble or anythingg haha, likee at the end of the video he was just likee "i'm the best anime youtuber and you all suck" hahaha

Just seeing him be like that was really cool to me I guess! and likee after that I started watching so many of his other videos! THEN I REALIZED HE'S LIKE THAT ALL THE TIME! Haha, likee he just makes so many SUPER LONG videos of him just talking into the camera, and it's always SO INTERESTING! He thinks so deeply about everythingg and likee his personality is just so amazing I think! He really helped me stop being so insecure I guess! I also just think he's a really amazing and interesting person! Haha

Ohh also yeah! I want to watch mushishi too at some point! But I think I'll watch monogatari more actually! I always hear Second Season is the best one, so I really want to get to it finally! Haha

sumony Nov 1, 2019 6:27 PM
Ohh I actually watched the first part of that series yesterday after I finished Steins;Gate! (since I wanted to see Digibro talk about Steins;Gate! But that was likee the only video he has about itt haha) and I thought it was really entertaining and interesting! (like you said! Haha) I'll definitely watch more of that soon! I really like to watch all of Digibro's videos tbh! Haha

Ohh Shodge btw! I was thinking of watching more of likee a calm anime next! And I was thinking of either finishing Nekomonogatari and then watching Monogatari: Second Season, or watching both seasons of 3-Gatsu no Lion! I know you've seen both of those! So I was just wondering which one you would recommend and everything!

sumony Nov 1, 2019 6:01 PM
HEY SHODGE! I thought it was really good! But I think I agree with Digibro that I like the first half a little bit more than the second half... I still liked the second half and everything! But there was likee a lot of little things that kind of bugged me... And I think that kind of caused some of likee the big emotional moments to not work for me as much as I would have liked... ALSO IT REMINDED ME SO MUCH OF RE:ZERO! And likee I just watched Re:Zero so recently! so I think that might have kind of ruined it a little bit haha

I know that Digibro always trashes on Steins;Gate 0, so I'm a bit reluctant with that one, but it can't hurt to check it out so I might at least give the first episode a try (not a huge priority, though). Might play the visual novel one day, too.

Anyways, yeah, I've been enjoying the second half of Steins;Gate. Suzuha's search for her father was great and the cat and mouse chase between Kyouma's team and the agents is really compelling. I was also fond of the friendly banter that was more prominent in earlier eps, but the plot heavy portion of the story is really entertaining, too.

I'm looking forward to the final stretch of episodes.

If you don't mind me asking! How did you make yours? Because I just used likee some random website or somethingg, and it was REALLY ANNOYING AND DIFFICULT! Haha

Also yeah! The plot is really starting to pick up and everything! When the ending of episode 12 came I likee almost cried... I'm so likee attached to the characters now! I don't want to see them go through these bad things haha

But it's really really good! I kind of miss when things were simpler thoughh haha

sumony Oct 28, 2019 10:18 PM
Ohh wow! The story is definitely starting to pick up a little bit more now! (I'm at the part where the main guy realizes he can likee remember the other world lines and everything) It's really interesting! But I kind of hope that they keep some of the fun character stuff I guess! Because I really love all the characters! And just watching them talk and everything is really fun for mee haha

Also ohh yeah! I saw that Digibro made likee a bunch of videos about how that's really bad haha so I'll probably stay away from it! Ohh also, I saw that there's a Steins;Gate movie too! Would you recommend that I watch thatt? (after I'm done with the show of course!)
All Comments