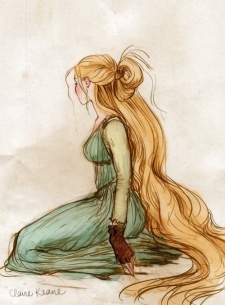 Anime-wise, let's see, from the past couple of years...

-- Shirobako (about the inner workings of an anime studio, maybe the best anime about modern life I've ever seen)
-- Hunter x Hunter (my new all-time favorite fighting anime series)
-- Gekkan Shoujo Nozaki-kun (a light romance parody about a girl who tries to win the affection of an oblivious guy who writes romance manga in his spare time)
-- Ping Pong (very good sports series about ping pong)
-- Samurai Flamenco (bar none, the most ridiculous superhero series in anime)
-- the Egypt Arc of JoJo: Stardust Crusaders, just because that's when it gets really good
-- Gatchaman Crowds + Insight (a very smart stories about superheroes and modern technology's effect on life today)
-- Sound! Euphonium (a good ensemble series about a school band trying to be good and not crap)

TheGunners Dec 2, 2013 6:59 PM
Haven't heard of Hotaru no Haka, until I saw your list. Decided to watch it since you gave it a 10 along with the positive reviews, and i'm glad i did. It was a beautiful movie and a unique experience, it gives you that strange feeling. Thinking of watching The Place Promised in Our Early Days next.

TheGunners Nov 29, 2013 2:08 AM
Highest anime compatibility i've seen. I guess your anime list is a good reference for more anime.

Dio is voiced by Takehito Koyasu, whom you have no doubt heard as heroes and villains in many anime. The guy works a lot! Just taking a quick peek at your favorites on your page, he voiced Luck Gandor in Baccano! for instance.