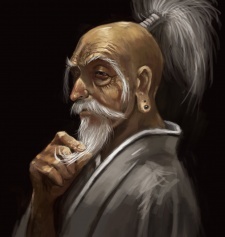 Cowabunga Oct 6, 2:51 PM
Well, I recently got back to anime. The pandemic had a hand in that. II first wanted to get back into One Piece and one thing led to the other.

KOR has a lot of charm from its colourful art to its 80s pop music OST.

I've had phases where I thought I had sort of outgrown Anime. I think a lot of people go through that in their adulthood. You see, most people get into anime/manga when they're teenagers. And most anime is precisely aimed at that target demographic. Most anime protagonists are usually high schoolers. Once you reach 20+ years old you either look for seinen stuff or move to other mediums. I guess once you're in you mid/late 20s it gets harder to relate to teenaged characters.

Never saw the appeal of Korean dramas. Tried watching one and it just wasn't my thing.

Cowabunga Jan 13, 2019 7:03 PM
Hello. Dunno if you remember me, but you added me in 2017 when he had a discussion about Kimagure Orange Road. I was looking through my friends ist to see if there's people I no longer talk to and if there's some I no longer recognise/remember, but I do remember you.

For the record, I decided to do some sort of KOR rewatch. Watched the first 5 episodes so far. I guess I was just having some nostalgia for it recently. Plus the OST is always a great bonus and even some of it has been remixed and sampled by Vaporwave artists. It's a good thing, because hopefully it might get some newer fans into it.

KOR is an interesting property. It's not really that great, but it has a definite charm to it that keeps pulling me and many other fans back. I really like thinking of how certain things could have been done or improved upon on it. I've even thought of perhaps writing a fanfic or two about ti one day, who knows.

Dunno if you still care about the property or not. I see that you still have Ayukawa in your favourite's list, though.

killerqueen2000 Dec 6, 2017 12:03 PM
well anime is dependent on the studios. I'm only talking about the story quality themselves. imo, diamond no ace has better characters as well as better shonen writing. Haikyuu, while enjoyable is more of a typical shonen all the time which is why it is more popular. I just hope dna gets more popular and people should start reading act 2

Cowabunga Nov 19, 2017 2:17 PM
Takahashi has a reputation for being bad at endings, with MI being one of the exceptions. I never finished Urusei Yatsura so I have no idea how it ended.

Trigun was solid. Watched that back in 2010 or so. It's a 90s classic just like Cowboy Bebop and Evangelion.

I'm usually positively surprised when someone likes jazz. If you like fusion then try Hiromi Uehara.

What about club football? Are you into that or not really?

Cowabunga Nov 18, 2017 4:29 PM
That's because a lot of anime caters to male fans who just yearn for a submissive girlfriend to satisfy their needs. It's like they don't want a partner, but a sex toy instead.

Ah I don't really keep up with anime by the season. I usually watch something that catches my eye when I hear of it, get recommended it or happen to run into it out of the blue.

Anyway, other than anime/manga, I have other interests. In case you're into video games, heavy metal, jazz, synthwave, classical music, football and/or history; feel free to discuss those matters with me.

Any man(or woman, fro that matter) who likes Madoka Ayukawa obviously has good taste. I see tons of anime fans raving about "moe", lolis and other female tropes like that, but I'll take women such as Madoka Ayukawa, Misato Katasuragi, Faye Valentine, Kyoko Otonashi, etc. any day over those other girls anime fans love to fawn over. I like my chicks with more of a strong personality and also intelligence and interesting personalities.