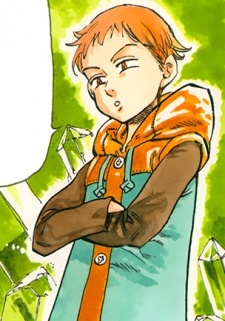 RollTheJoint Jun 4, 2016 9:42 AM
Not that I'm saying I'm a special snowflake either. For example: I applied my perceived reality of italy, where no incidents happened whatsoever, (due to the main media staying silent, for whatever reason), to germany. We can't be sure about that, and if we think about it seems highly unlikely, I mean zero is rather impossible. But that is the perception received as no reports were given. Are the refugees behaving differently in these two nations? Unlikely. Where is the truth then? Is it withing my limited reaching grasp? Obviously not. Who's fault is that? The Media.

Well, I'm sounding like a broken record. I better stop right here. Good to have exchanged these few words with you. Even if we have different outlooks on the matter, or maybe because of that, you helped me widen my grasp, I hopefully did widen yours. Bear with me if I pose this last question:
Do tell me, any idea why here in italy, despite having a proportionate number of refugees, few if not none incidents occured/are occurring? Is it explainable with a simple "germany has passed their limit"?

RollTheJoint Jun 4, 2016 4:56 AM
Just look at the responses in the topic, it's a plague what the some news are causing! Mostly teenages spouting what they briefly heard on tv out of the needed context of constant and objective watch. Resounding cases like the ones about the swimming pool and Cologne is all what is in their minds, and they apply those as measurement to a situation which is much, much bigger than that. The media is so damn powerful in influencing our minds, we do not for a second doubt that the pictures drawn are just pictures, and even those who actually are able to, are influenced on an inconscious level. What is reality? Reality is a multiple existence that escapes the mind of the single human being, his perception of reality is different from any other, yet similar, but ultimately different. Real are only the consequences of perception! If we believe witches exist, people might end burning innocent women.
The media has huge responsability: the have immense social authority, henceforth they able are to alter perception of the masses.If done through politically oriented articles, they do so willingly and to serve the purpouses of a sided and single truth.
Social construction of reality

I have to go, read you later

RollTheJoint Jun 4, 2016 4:09 AM
Well, I certainly didn't expect all that data and statistics. I was pretty unaware!

I live in Rome now. It's not that bad, but all the major agencies are sided, it's unjust towards the common man to make him rely on sources that aren't coming from the big dogs, as they are perceived as less authoritative thus disregarded by most citizens who are lazy for obvious reasons and can't always go of their way to find information. Italy has its fair share of refugees, but there were absolutely no reports of crimes commited by immigrants whatsoever. Maybe because they have not exeeded their capacities. Totally different story! I thought it couldn't be that different from a place like Germany, which are renown for their discipline and order.
I have a feeling that since Merkel opened the borders in such a plagent way, most word news are a bit too eager to show the bad sides in the same plagent way!

RollTheJoint Jun 4, 2016 3:35 AM
Thanks! I'm glad you do. I liked how you took the time to calmly express your opinion, even bothering yourself to provide me the knowledge I miss.

I hit your wall because here where I live atm (it's not germany), it's incredibly hard to find news agencies that aren't politically sided and this lets me down. It's not like there aren't, but you have to go out of your way to for them, this should be criminal!

RollTheJoint Jun 4, 2016 3:10 AM
Hey man! Thank you for your lenghtly response. I saw that most of your readings are coming from Daily Express and Daily mail, do you know that those ones are actually pretty much politically sided? Doesn't it bother you or do you like them expecially because of that?
Have a good day!

Sounds like you're involved in some pretty heavy things haha, what made you so annoyed about that? Did something happen recently? I'm part-owner of an orphanage in Indonesia that helps young boys and girls away from prostitution and pays for them to go to school, etc etc. :3
Well it's 11PM here and I woke up a few hours ago (broken sleep sched haha), and I've just been messing around since. ^^

psilenced Jun 1, 2016 5:39 AM
Little do most people know, this account is operated by a ghost :0 it never logs out and is always active.
The boy who owns this account committed suicide after being told his favourite anime is shit :(

You're welcome! Thanks too! How are you going today?

I just want to say you look like an interesting person and your profile layout is very informative. It's nice to meet you. ^^

TheMageKiller May 12, 2016 10:59 PM
Oh man you don't even realize how true that statement will be as you watch more haha

For sure, I totally get that because my plan to watch list seems so large that I'll never finish it but I just remember to take it 1 at a time

It's just about a squad of bounty hunters in the future, typical space western setting. I love the soundtrack in particular and it has cool characters so I understand if it wasn't your cup of tea. I will say that you probably have to stick with it for multiple episodes in order for it to pick up. I compare it to Trigun since they're both Space Westerns & Cowboy Bebop is significantly better imho

TheMageKiller May 12, 2016 5:36 PM
So how was episode 3? That's when the series starts to pick up a bit now that the stage has been fully set up. Cowboy Bebop has been great, I know finally get why people who don't even watch anime like this show in particular.

TheMageKiller May 11, 2016 7:31 PM
My friend I can promise you it will have some of the most EPIC battles you'll ever see

Not a word my friend, I'd never ruin any series much less an EPIC such as F/Z
All Comments