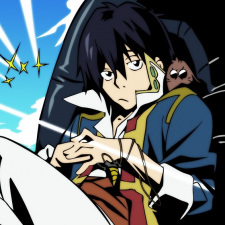 Ninachu Mar 16, 1:14 PM
Nice haha! Makishima is probably one of my favorite characters.

Ludwig is not perfect story by any chance, but I really have soft spot for it. It also made me want to explore more shojou manga and anime x)

ScraF Mar 15, 3:42 PM
It made me feel things I've never felt before. One second I was dying laughing the other I was so deep in tears I couldn't breathe. It holds a special place in my heart

ScraF Mar 10, 4:16 AM
Yeah, I actually read a lot of manga, just don't catalog it anywhere, I mainly put him there because Punpun is my favorite manga

ScraF Feb 14, 10:49 AM
Amazing AoT review, glad to see that there are still people on this site that aren't pure sheep that just follow the hype, keep up the good work!

Teijy Jan 15, 4:32 AM
Great Review on Attack on Titan, I disagree with almost everything but I appreciate the effort you put in it

RamBamBoo Jan 15, 4:01 AM
Man. Anime and manga as a phenomenon in media culture are super overhyped, a lot of stupid kids star watching it and force it in cocial media, we cant fo anything with that. So i reccomend you dont care about popularity of the title and evaluate as it is without bias.

VeteranBoredom May 28, 2016 9:47 PM
Honestly now, I've found all of the anime I've picked up to be ok or better. They're not the worst batch I've ever seen, yet I wouldn't recommend many. I've been enjoying them, though.
Hundred had the potential to be better with the pushy chick disguised as a guy, but not now since it's a complete harem scene because he can't pick a chick. Who knows how this will go. I'm not creative enough to imagine it haha.
Netoge is on the up & up. For something I've seen many times before it's strangely appealing.
MHA is dominating in my book because it can't compete with the 6(?) others that I'm watching.
Oh man I'm almost in the new Gintama! I have 7 left until I can start the new ones.
...Did you try ReLife yet? ... & how about that Food Wars? I was looking forward to the Yukihira/1st chair fight, but of course, the outcome was botched. :[ I wanted to see Yukihira work with the 10. I thought it would have made for an interesting plot direction.
I haven't read any of those you've listed.
I have BF3 & 4. Some buds are getting 1 when it comes out, so I'll be getting it too. I don't play sports games though..so I don't know a thing about Fifa.
Life has been busy. I'm assuming you have been the same?

VeteranBoredom Apr 20, 2016 9:55 PM
Yo man! I'm back again.
I checked out your list & we have some matches for the season. Hundred is about where it belongs, but I think it is going to lower. The goddamn-stereotypical boobgrab was cringeworthy. That really terrible ecchi stuff is just now starting to grate on me.
Netoge is in a somewhat higher place on your list. It's going to be ok. & Hero Academia will probably take the cake this season because it's going at a great pace & isn't leaving important manga stuff out yet. It's very entertaining to watch despite having read all of it already. Mayoiga...that first episode was a trainwreck imo (shitty, bland characters. no one interested me at all for some odd reason), but I'm really hoping it will get better. it can't get much worse as far as I can tell.
As for A silent voice, Nishimaya was strong up until she caved under her own feelings of pressure & tried to 'an hero'. =[ Looking back on her character after not reading the story for a bit, my impression of her character warped in a positive light. She was pretty unique.
Konosuba netted a solid 9. That was what I'd call a gem.
Brawling go has been so good. I'm actually reading it for the hopeful romance and surprisingly not the fucking.
I'm getting closer to Gintama 2015, man. I'm on 235 at the end of the Elizabeth take-over arc thing. The show has been way too good. I understand the popularity surrounding the show & wholeheartedly agree with the deserved praise.
Did you try ReLife yet? Apparently it's getting an anime. That's cool because the manga is pretty good for something sol ish.
Mushoku Tensei sounds interesting for sure. Did you manage to finish it? I might not look for it considering it's a light novel..eh hehe..ha..
Lastly, Dark Souls 3 has been ridiculously fun so far. Are you into games/the souls series?

Got any recommendations for what I should watch next?