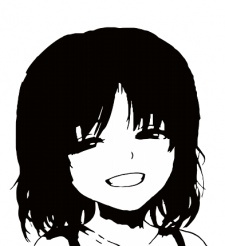 wefewww 4 hours ago
What an absolute moron. Accusing a manga (Berserk) of being cliche, dude it's not CLICHE WHEN ITS THE ONE THAT DID IT FIRST. Do you understand how time works, its not Berserks fault other works copied it to the point of these things being cliche you absolute fucking moron.

FridayNight_ Today, 5:44 AM
What an absolute shitshow of a profile. Rest in piss.

Vaguelyweebish Jun 26, 6:37 PM
I just noticed that people are actively creating alt accounts to make sure Plun's review stays above yours for R2. Lulu fangirls are desperate enough to fake the stats because they know how much weight your critiques carry. 🤣 No matter what facade they throw up, Code Geass is still ridiculed by the greater anime community, and the slow-motion trainwreck of the mobile games are only tarnishing its name more.

I would have congratulated you for having the top review, but I knew it would quickly be artificially passed again.

AkumaNoUtah Jun 24, 4:34 AM
The most important countries in history are Greece, Iraq and China, anyone who disagrees with me has no understanding of history or is coping hard

Nadskei Jun 20, 1:36 AM
GTO repetitive? crappy humor? crappy art? no message? ONE PIECE?????? wtf... but well, everyone has their own guilty pleasure mine is bleach

Gojo_Baka Jun 19, 9:35 PM
Your take on the criticism of Berserk is nither genuine nor significant, almost thier are all of the counter arguments against all the claims you had made on Berserk on various online platforms. So yeah your review is much of your personal preference rather than being and coherent objective criticism.

fuckboyfreestyle Jun 15, 2:27 AM
I get that R2 wasn't the best, but a 1, really? it wasn't that bad, especially considering how well the ending was done
All Comments