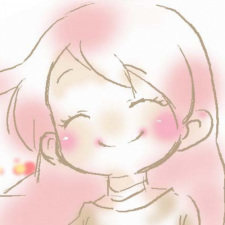 Arimias Aug 2, 2019 7:55 AM
Lol almost forgot I made that. Yeah it was really rushed, hence why I only took pictures from characters in the MAL database. Onpu's mom, and both Aiko's parents weren't in the database at the time of its creation iirc. If it's possible to go back and update a tier list I'll include more characters.

B-tier on my list is still relatively high. I just don't think she can be in the same category as the main girls in my opinion; they're in a league of their own in practically everything.

literaturenerd Jul 18, 2019 3:40 PM
Have you heard the news about Kyoani? While they're one of my least favorite studios, I already donated to the victim GoFundMe and shared links on Facebook, my club, and my newest review.

literaturenerd Jul 15, 2019 1:41 PM
I would describe it as "singleminded". Steins Gate has time travel in it, but it's really a teen comedy about growing responsible, friendship, and young romance. Primer is about time travel and nothing else. Our 2 main characters are 2 soulless husks that exist to move the plot along. A mathematician just really wanted to show how time travel would likely look according to Multiverse Theory and the "Many Worlds solution to the Schroedinger's Cat thought experiment. A number of scientists and mathematicians have called it the most accurate time travel movie, but in terms of a story about human emotions it would be considered a failure.

literaturenerd Jul 15, 2019 10:33 AM
So I recently watched the movie Primer to go along with Steins Gate. It's pretty basic visually speaking as you could predict from its 7,000 dollar budget. However, the smart dialogue and and fact it's a time travel movie written by a theoretical physicist make it an interesting watch!
All Comments