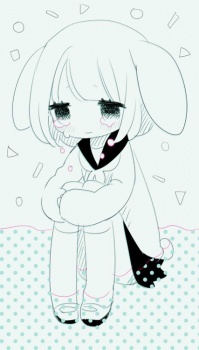 lovexLuffy Feb 2, 2014 7:29 PM
Hi there! I was just wondering what anime is that GIF from in your 'about me' section. If you would be so kind to tell me.
-Thank you

Detective Dec 28, 2013 10:53 PM
Dude your contrast between KyoAni's greatest and worsts is kind of silly. Haruhi and K-ON are highly influential anime while the rest are simply other popular KyoAni works... It doesn't make sense to say Chuuni was great but Tamako was a trainwreck. They're too similar to contrast with such a simple sentence.

Not trying to offend you man, but it just doesn't make sense to me to make that contrast.

Kapodaco Dec 9, 2013 10:15 AM
I enjoyed your review on Watamote! Very informative and well written. Keep it up.