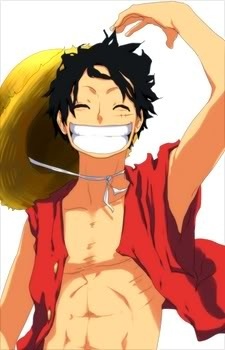 Nyc to meet u Yeah I know what you mean, I sorta want to visit to see with my own eyes AND the food, I was a fan of japanese food even before becoming an anime/manga fan. I just love sushi, okonomiyaki, takoyaki and all that shit.

I think Jojo is one of my favorite manga, once I stop reading its hard to stop. It gets better later on, since the sudden change between ripples and stands, stands are better for me since it adds variety.

I know what you mean with that, I'm currently reading this manga called Freezing, I know for a fact there's more than the current translated chapters and some major shit is going on, but since choosers can't be beggars I gotta wait untill they're done, at least they released 2 chapters not long ago, so at least its not dead. (yet)

Did you watched the Diamon no Ace eps? That was kinda frustrating....

Hope Christmas and New Years were good for you too. Things were good here and going well.

It's ok, how's everything going? I got myself a smart phone finally, I had one that texted before but this is a good galaxy note. I had held off on getting it but I decided to get it with my bonus. I also got a gift of a Korean language learning program with cds etc so I can listen to them in the car or on the computer and there is a set of books too.

Yah! Congratulations!!! XD I know that was hard work too! Now you actually got a real break! I think that will open up jobs for you and it must feel so good to have that finally done. Sounds like a good plan to me. :)

I am watching Psycho Pass but only once in a while, but also some K dramas, I just finished Modern Farmer and I'm watching Pinnochio k drama, the one is very funny and the other is quite good, they are well done ones. I wasn't reading as much for a while there because real life kept getting in my way but I'm catching up on my huge bunch of ongoings lol

Kokou no Hito is a good manga. I like the way he uses so much symbolism and emotions in his art, it's often much more a picture of what the guy is thinking or feeling rather than words, especially since it's often just him alone in some mountain.

I'm mostly trying to finish off some I'm reading and catch up with some I let fall behind.
I did take some time off but it hardly seemed like I blinked and it was over. haha.