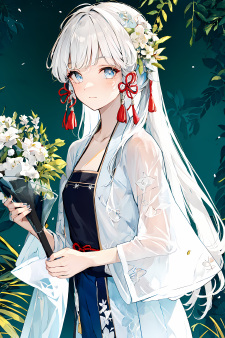 ThebR1ghtMAN Jul 19, 5:04 AM
What makes you relate to Homura? Are you an ex "nerd" that turned into a popular person?

Morbyllan Feb 6, 2020 9:54 AM
Ahhhhhhh Mai-senpai sorry sorry really, sorry so much for taking ages to reply ;-;!! And don't worry, don't apologize, you don't have anything to apologize for! But like I mentioned over in twitter rest assured that I really miss our chats and stuff, it's not by choice that I reply this late xD! Aw I know that feel though, I barely watch anything too, only watching like Babylonia and Violet Evergarden on and off nowadays.
Omg the loops, you're right! Those were the days x3 lol I'm glad I'm not the only one who feels like that sometimes xD Agh it's exactly like that, I just stare at my computer screen too lazy to even try playing games and etc, so I just default to watching silly youtube videos >>

And omg apologies I didn't read the comment properly earlier so I totes missed the date of your thesis I wanted to wish you good luck and such, but I'm sure you managed to ace it! Senpai is senpai, after all! But yess I feel the same, like I'm at a crossroads and slowly sinking into the ground or something. So many things I'd like to do in spite of my career, but if I do those things I won't move forward... it's hard, life.
I hope that you've found a nice job already by now, btw!! And if not I'm sure it's right around the corner, you're super talented and people will recognize it sooner or later.

Yess I'm dying for a YagaKimi sequel, I didn't dare touch the manga though x3 but just because I really don't read a lot nowadays. I mean, I already read a lot studying and working, so reading manga too strains my eyes a bit.
I remember I was really excited for Blackfox when it was announced but then I forgot about it sjdkajkd, I still have to watch it too. But I'm happy to know it's good, now I'm *really* sure I will enjoy it :D
Also I hadn't heard about Liz and the Blue Bird at all... wow it's about that couple from Hibike?! I really MUST watch it now omg, and you even gave it a 10!! Thanks a lot for the rec, senpai! Oh no, yes I was super sad about those news to. To think it has been so long since it already, but it still hurts to think about it... I'm always sad seeing the kind of evil that human beings are capable of doing. I soothe myself by thinking those are the exceptions, not the norm (and I really believe so).

Oof I completely relate so much to what happened to you with Demon Slayer, I'm still promising myself I'll finish watching it but I can't, it's just sitting here waiting for me to watch more haha. Oh no another important thing I was absent for because I'm a terrible kouhai, damn. Really I apologize for not being a better friend, Mai, honest. I try to sometimes see what you update in Twitter but I'm often so sidetracked I barely touch the app, and when I do I just see other people posting a bunch of memes and such, so I end not using it much at all.. it's no excuse though, so sorry again!

I hope that your surgery went well, is everything alright with you?? How are you feeling, did you recover already? (praying it went without any problems and you made a full recovery). Hope you could also play 3H and watch some anime during your recovery xD. Do poke me more on twitter when you feel like it, please :D!

I'm currently coursing a postgrad and work has been fairly busy, but I'll always try to make up some time.

Ah, and I was meaning to ask, do you use Discord often? It's probably the chatty-thing (? lol xD) I use the most nowadays, basically the only thing I manage to use to keep up with my friends and etc. I've seen that you have a server, but I don't know if I'd be intruding there if I joined xD
I can invite you to a server of mine too if you want (though my friends chat in pt-br >> they're all fluent in english tho) or idk! Just as a means to keep in touch more often. Do tell me though!

Morbyllan Sep 15, 2019 8:48 PM
Senpaiii, so so so sorry, I hadn't logged in MAL for over a month and just today I remembered it existed and saw your comment omg! But yes it was just really a long time, I missed you, even if I know I'm the one who disappears lol xD. Sadly I remain busy, yeah, like I try my earnest to do all my work and keep up with everything but it's like more stuff pops up the more I try, idk how to explain it. It's pretty frustrating at times to be honest. But then again at other times I can't really complain... such is life, we keep on keeping on xD!
Settled downn kinda? I feel like not much has changed, I still live in the same house, work at the same place, stuff is just slightly different bc I'm a lawyer now rather than an intern :d. Buut I don't want to do this forever, currently trying for something else. And what about you, how've been things? Oh but like if it was already covered over on twitter nvm!

Totally relate on being lazy with anime/manga though!! But let's think, you've prolly seen Yagate Kimi ni Naru, right?? If you haven't, I cannot recc it enough! It's just so beautiful and sweet that it made me forget all worries.
But besides that I'm afraid I've got nothing >w< been watching more youtube than anything else, I just love horror channels.