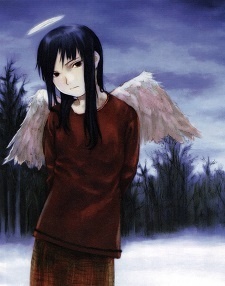 It has been a while xD

pedoropedoro Jan 19, 2016 2:20 PM
It´s great to find someone like me. An anime/manga fan who is serious about writing, though you´re light-years ahead of me =)
Hope we can be friends

Kisuke Jan 9, 2016 1:57 PM
Yeah you might as well have different pages on different elements of the novel or else it is too complicated to remember what you wrote months or years ago. If I remember correctly, how J.K. Rowling came up with her books is quite by luck? Still, being a writer is admirable, the dedication and imagination you must have.

Kisuke Jan 8, 2016 10:08 AM
I just looked it up on Youtube and I remember few of their songs. Old band. You should see all the males singing girly songs, think you are all right lol.

Yeah, focusing on one project at a time is less discouraging. I have heard of authors who can write several novels or stories at the same time, that must be pretty harcore to do.

Kisuke Jan 8, 2016 9:31 AM
Well if you like to sing, there is no shame to try. Actually, do you do screams and growls? Lol. Why isn't it great? What's this Maynard James Keenan?

Oh yeah, tried to make his situation a bit better with his humour. Have you written a lot of stories?
It'd be great to watch if they were adapted in anime or TV series

_kukiyomenai Jan 7, 2016 11:26 PM
I actually like those shows that tackle about Death, and I can't and I wouldn't forget what Rakka had said in one of the eps.

And if I am to disappear someday without accomplishing anything, what's the meaning of my existence?
It struck my heart and it made me think about life and such. I'm glad that there are some anime that will touch your heart and teach you some things in life. I like Angel Beats! too. It made me quite depressed esp. Otonashi's death. Grave of the Fireflies gave me the same feeling too. And I will surely re watch Haibane Renmei. Can't forget Reki's struggles and I like her personality. Thanks for making me remember :)

Kisuke Jan 7, 2016 3:14 PM
Well yeah, not only in music but with everything. There are some crazy drummers-only covers that are excellent, in metal music.
Do you also sing or do you strictly play the instruments?

You seem to have useful ressources and you have quite some experience in writing so it is just a matter of time and non lazyness.

Oh so you are not aiming for a heavy emotional and psychological direction. I was sure you were going more for a darker plot.
Were your other stories also whimsical?

streetlights Jan 6, 2016 5:47 PM
i haven't actually been watching much anime recently ;___; though i finally got around to finishing the second season of mushishi, i really liked it hehe

Kyrii Jan 6, 2016 5:24 PM
That explains it. I really loved Serial Experiments Lain and hold it in high regards so that is great to know. Much raised expectations from Haibane Renmei now. :P

Sci-fi huh, that's quite neat. I haven't really read much, but it's always great to know another sci-fi enthusiast. Do you prefer hard or just 'whatever fits the world you've created' sci-fi? I thought you'd be into Happy endings, well ain't that something. :P I prefer Ambiguous endings as well though I've found more often than not people feel they're cop outs, hope you don't run into 'em lol. Practice huh, I assumed it generally depended on the author's mood itself. No romance huh, quite the surprising one aren't ye. It's almost as if I'm talking to Christopher Nolan himself. :P And oddly enough I was going to ask you what kind of endings do you prefer, which you already mentioned. ^^

Haha, now that's smart. Six episodes generally is pretty much half a season, so by the time one reaches that they would either get hooked or just watch it to end it, like you did with Gundam Wing. I've never tried anything from the Gundam, knowing there's like a dozen of them. It's almost like wanting to climb an incredibly huge upside down tree, as a tree yourself. Well that's a weird image to think of, but you get the idea. :P I take it you're not much into SoL, they can be useful as references for when you're writing lighthearted pieces. ^^

_kukiyomenai Jan 5, 2016 10:16 PM
I actually like how it tackles about death. I think this is a great anime, but not all people are familiar with it (sadly) I like Reki too, she's my favorite. I think I'll rewatch it haha
All Comments