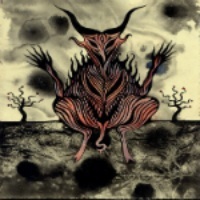 Calal-Chan Yesterday, 10:57 AM
At least you tried I suppose. It definitely isn't for everyone.

Lab_Mem_Num001 May 17, 9:55 PM
I'd recommend giving Bebop another try. I enjoyed it a lot more on my second go-around. It hits a lot heavier than I remembered it. And the music really is incredible.

I can actually believe you on the intelligent fanservice part. Evangelion has some shameless fanservice especially of Misato in the beginning, but for the most part, the fanservice of Rei and Asuka actually makes sense since it is coming from Shinji's perspective as a teenager going through puberty with two attractive girls who all are surviving through a hellish dystopian society being forced to partake in ridiculously stressful situations. Plus having Misato tease potential fanservice at at the end of most episodes definitely adds a sense of self-awareness to Evangelion's as well.

Thanks for the wish of good luck! I will likely finish the series in the next couple of days and attempt to add some clarity to my reviews haha

Lab_Mem_Num001 May 3, 2:35 AM
Based on the synopsis that I read on the series, I imagine that the fanservice is quite awful haha. It might be fun to watch when I'm bored at some point. Right now I am rewatching Bebop and Evangelion while playing Fire Emblem Three Houses. I severely underestimated Bebop and am going to have to rewrite much of my original review. Evangelion I am going to have to polish a lot of it which is why I never brought it over from RateYourMusic. So it will be a while before I get into new anime for the time being. But I'll keep it in mind. Thanks for the friend request and for reading some of my reviews! That means a lot! Friended you back!

Assthete Jan 1, 2018 5:52 PM
My recs are obviously Berserk and Oyasumi Punpun for sure. Berserk is not good rn, but its first arc is GOAT. Yotsuba is the best comedy I've seen out of Japan and I'm not likely to laugh at comedy, to begin with, so it's quite powerful imo. Honestly, there're some titles that will never be fairly translated to anime medium, so I prefer to watch original productions and read manga from adaptations. Except of course in cases like HxH, where the manga looks like shit and the anime is great.

Assthete Jan 1, 2018 5:50 PM
Hm, are you aware you're watching monogatari in a non chronological order right? Not saying you shouldn't watch in airing order, but I watched both ways and I believe chronological is an actual good way of watching it. tho I think since you've already started it, it's messed up.

Assthete Jan 1, 2018 5:43 PM
Well, Nana is one of the 4 things I actually like from both manga and anime's mediums. Ashita no Joe, Oyasumi Punpun, and Yotsuba are the others.

Assthete Jan 1, 2018 5:27 PM
I see you're fond of style (favorites). How far are you into your watch of Monogatari franchise?

Assthete Jan 1, 2018 5:25 PM
Well, thankfully it is NOT being overrun by our kind companheiro.

Assthete Jan 1, 2018 5:23 PM
Neither one nor the other. I'm Brazilian, so it's common I guess. Portuguese and Spanish are probably the two most spoken languages here after English.

Touniouk Dec 13, 2017 2:51 PM
Would you consider having lost a couple of episodes of fun by not having seen Inferno Cop or Sex and violence with Machspeed?

AdolZeppeli Dec 12, 2017 4:56 PM
oh that sure explains things. Well I do think 3 episodes are not really enough for what it has to offer, I know that the first half is quite dull compared to the second half. I also see that you like Gurren Lagann and coming from Trigger (they were part of Gainax which did Gurren Lagann) this anime hold many references to many things, specially Gurren Lagann.

I'd recommend reading Stark's Review (A friend of mine, which reviewed it better than I did)

So the first half is mostly like a setting from the school and how Akko and friends have their daily life, the second half focuses on wrapping all out, specially on revelations while focusing on some drama. The most valuable aspect for me about this show is the character development (and the chemistry it holds with animation), there are times when an anime that has generic stuff manages to develop them on the good side (for example how My Hero Academia works, I do think that MHA it is extremely overhyped tho, but not really bad as some haters says) so its definitely not a bad thing (just look at the mess of Black Clover, they added a LOT of generic stuff and they don't even develop them, adding a lot of cliché and overused troupes)