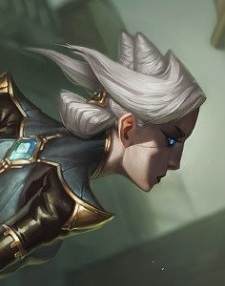 ilalochezia May 31, 11:38 PM
No need to make your list public, since scores and which shows you have watched ultimately really don't matter, save for comparison. Also, just a suggestion but your reviews might be read better if they could be separated into paragraphs.

dracarysIV May 3, 10:03 AM
Going to the library tomorrow, hope they have them. I hoped they stray from the show a bit and have their unique moments and I see I'll not be disappointed. True that about being more free in literature, but it does take away visual art. Pros and coins of a medium I guess.

dracarysIV May 1, 9:17 AM
Sounds legit, I will give it a read then and see how I like it. I'm of the same thought about reading the source, I feel it's extremely rare that someone other than the one who gave life to the story and character can tell their story better than the one who did.

dracarysIV Apr 30, 2:00 AM
Yo, I can connect with you fully on your point on reviews, At my beginning of trying to more critically watch shows in general I desperately tried to find some sort of criterion by which to analyze and dissect good from the bad. Honestly, such a pointless effort, as I tried to look at some sort of consensus instead of looking into what was important to me.

As goals go, I believe that sharpening my perspective and understanding the show better and how it affected, and what it tells me is satisfactory for me. I tell you of my goals because although I'm a few years into the scene of anime, (that Tyrion pic is old) a lot of what I watched was in a kind of autopilot mode and I still have a serious number of shows that I heard promising things about to watch, and I really want to give them my full attention so if they have something meaning to tell it won't pass me by.

About GOT, I'm a show watcher originally, but read the 2 first books and stopped not due to distaste. I actually need to catch up on them and probably do so at my next library visit. Do you happen to like the TV show also? Tyrion is indeed a favourite but I also loved Cercei which may be a bit original?

dracarysIV Apr 16, 3:30 AM
Hey, was watching "in this corner of the world" and looking at your review, liked your insight so I read your other reviews, you articulated your thoughts brightly and I thoroughly enjoyed reading them.

abystoma2 Jan 8, 5:05 PM
Nah, those shitty old korean movies are rarely translated. There are some dubbed though, like Captain of Cosmos or Space Transformers.

abystoma2 Jan 8, 4:33 PM
Yeah it should be this one - https://www.youtube.com/watch?v=h-ayulzZPNY

if you recall, during our initial conversation about Monster, you had brought up being at crime scenes, I wanted to ask you, have you heard of a manga called "Top Secret"? The premise seems interesting, but I have no clue how the story holds up.