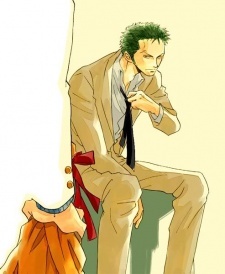 hosojima Jun 23, 2010 3:29 AM
Sorry, I'm just irritated right now, so I'm asking this of all the ladies such as yourself that I relate to (your tastes, I'm not just randomly going to females' pgs) here in anime world, although it's not anime related!

Alright, how would you respond (intelligently) to this remark copied and pasted from a male's proflie here on MAL?:

"I just had an argument with a girl I know. She was saying how that it's unfair that if a guy fucks a different girl every week, he's a legend, but if a girl fucks just two guys in a year, she's a slut.
So in response I told her that if a key opens lots of locks, then it's a master key. But if a lock is opened by lots of keys, then it's a shitty lock.
That shut her up."

600 members Special Edition card delivery!!
Hope you like it!! ^^

Please save and rehost it

hmm... well its quite easy ^-^
you just select the files you want to zip, and then click on them with the right mouse bottom and select "Add to archive" or somethign liek that ^-^
All Comments