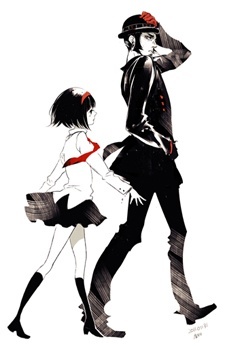 See you next time!


The entire concept is awesome! Enjoy!

Cute little film. ^^ You will find the torrent on nyaa torrents.

This one was just subbed. Sweet and well done for seven minutes an episode. ^^

Yae-Yae Apr 27, 2013 9:49 PM
I am a fluent speaker since I began to talk as a wee child. I am of Mexican descent. My mom tells us we first learned to speak Spanish then English when we started kindergarden. As I was growing up, spending my summers with my maternal grandparents in Mexico, I learned to read and write Spanish on my own since I used to read fotonovels to pass the time as a kid and comic books in Spanish too.

Yae-Yae Apr 26, 2013 3:37 PM
You are welcome! No, it was already subbed when I found it on BakaBt. I do not speak Japanese, but speak fluent Spanish like you do. ^^
All Comments