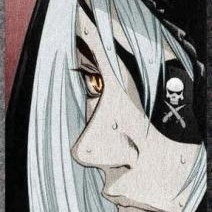 Sugram22 Oct 28, 2020 3:09 PM
i heard for some sources next witcher season will be less geralt, i guess they really want the series to bomb :D if true

the time jumps confused the sh out of me for a long time :D

have u seen the witcher series? for first season good but cause it tries to tell 3 origin stories it jumps in time a lot back forward present so it mite be confusing but again new that i warned u maybe not so much anymore

Sugram22 Jun 25, 2019 1:02 AM
sad to see it go downhill like that, i enjoyed it when Dany was dealing with freeing slaves her wars there

Sugram22 Jun 24, 2019 8:24 AM
lame and dumb 😂, bran is not syited for the throne, i remember 1toutuber explained it well why, forgit who, hes more like machine and is like how to say it, he would let a lont of sh just happen and say it happened cause it had to happen, he does nothing when he should, well this guy in hes vid explained it better, bdw whatever as family or couple i expected dany and john rule together, u know in some cuades queen and king are not couple and have their own familys, at least i have seen it in one series in past, i don't mind aria killing night king but for that she should had longer story arc short arc made it so cheasy cheap

jose21 Nov 10, 2017 9:14 AM
Sorry for the very late reply. I am watching many animes, but I guess the ones I really like are "Kekkai Sensen & Beyond" and "Shoujo Shuumatsu Ryokou". I am also watching " Just Because!", which has kind of the same drama as kimi no iru machi.

Benphyre Oct 25, 2017 7:23 AM
I don't like it. It was Seo kouji's debut work. I mean the sharing senses and emotions felt like a Seo's ecchi fetishes in the form of manga. I also don't like the bad ending.
All Comments