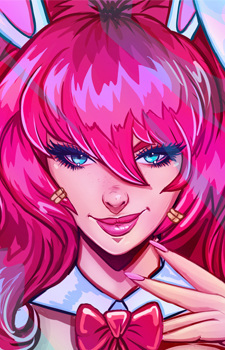 Cosmictimespace Feb 20, 7:05 PM
Understandable, but don’t worry, they will be returning in Dominion. I will say that Jurassic World is pretty good, but Fallen Kingdom should only be seen for the dinosaurs alone, because it’s chock full of human melodrama. And you got the ongoing Camp Cretaceous on Netflix, which is surprisingly good (though you have to watch all of the movies to get full context).

Have you ever read the Jurassic Park novels? If not, do check them out. They do differ from the movies, but that’s because Michael Crichton had different visions for the novels as they were more mature, and handled the themes of “playing God” very differently. There’s also more violence with the dinosaurs.

Cosmictimespace Feb 19, 9:40 PM
Not interested in seeing them I take it?

Cosmictimespace Feb 19, 6:34 PM
Haha that’s a coincidence! This is an updated design of an old layout I made months back, and I’m quite proud of it.
So, I presume you like Jurassic Park as well?

Cosmictimespace Feb 19, 6:01 PM
Oh hey, sorry for not replying sooner. My life is kinda busy at the moment.
How are you doing?

Definitely interested to hear your favorite girl in QQ

GoldenBoi79 Jan 17, 8:10 AM
I really fell off when it came to anime; at some point I was watching all of those shows. They all have their good points. But you should give it a try! There are five girls contending for best girl so choose wisely lol

Btw I was disappointed not to see Nikumi on your Top Ten Food Wars Waifus video lol but interesting picks nonetheless, I think Erina is great

GoldenBoi79 Jan 11, 2:48 PM
i wish you much luck and success on your youtube endeavors. i'm happy for Quintessential Quintuplets Season 2 but what shows are you excited for?

GoldenBoi79 Jan 10, 5:14 PM
I also kicked back a little bit as the new year rang in. But that sounds nice, actually. Anything you looking forward to this year?

GoldenBoi79 Oct 17, 2020 8:32 AM
I've had Shantae and the Pirate's Curse, still haven't finished it. Those games are actually challenging but very well made. You can tell the developers care about it. Myself, I've been playing the Yakuza games. I think they're great. They have some flaws here and there but would definitely recommend for anyone who likes a great story. Btw, I got CTR a while back. It was great, definitely a great switch up from Mario Kart.

GoldenBoi79 Oct 15, 2020 6:02 PM
My bad for the late reply! I saw some gameplay and yeah, that is pretty cool. Adds some new flavor to the Crash formula. Any other games on your radar?