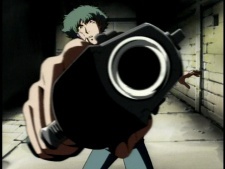 FlutterHeart Dec 31, 2017 2:31 PM
Hey! Thank's for your recommendation of Negative-Twin Tower in the Watamote section. It made me read NTT but it's really a shame that only 3 chapters are scanned

pennyiscute Jun 16, 2013 8:22 PM
Hello! i saw your recommendation on Girls of the Wild's. There is now a fan club dedicated towards the Webtoon/manhwa! Please feel free to join :3

neonstripedzebra Nov 28, 2012 12:56 PM
So you bought it? My family does not let me use their credit card for shopping from the net. Maybe If I go to abroad I will be able to buy it but thank you for your help and please keep on writing reviews ^^ and I hope you enjoy Nana

neonstripedzebra Nov 21, 2012 2:38 PM
Hi! Would you please tell me where did you find Zaregoto? I really want to read it but I can not find it anywhere