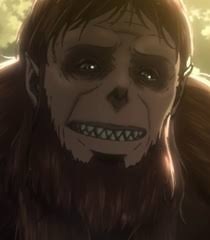 Oh man, one day i recommended a friend of mine to watch Highschool DxD, (he started to watch anime cuz i let him saw like 2-3 chaps of Mirai Nikki and he literally just got addicted, he was a normie back at the time, 4 years ago), and some serious shit happened.

I never thought that he would watch it in his fucking TV full volume etc, (normies...), well happend that he invited his little bro (11 years maybe..) to watch that show in secret man (like come here watch nude grils!). He told me that his little brother was so displeased and so embarrased of him that he run away. His bro prob telld his mom came and well she saw nude gigantic boobs he never told me what scene......

Two month ago both of us graduate, i met his mom and dad they were proud of him taking selfies all the way, and when he introduced me, their faces just turned blank but i could felt the anger raging inside them, he knew he fckt up, they stopping taking photos and they just leaved the place. Shit dude. shit

Probably when he "accidentally" exposed that shit to his mom, he blamed on a friend... me. Dude i am so depressed, he used to be a normal guy i destroyed a entire family. IT WASNT MY FAULT I WOULD NEVER WATCH EVEN "NORMAL" ANIME WITHOUT HEADPHONES.