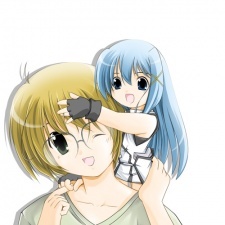 
http://stupendously-smartacious.blogspot.com
Don't ask me how I found it because I honestly have no idea. xD; But I get a nostalgia wave whenever I go there now!

Delivery failure? My MSN is same as always, just-mikulicious. You can add me on MSN with said email but you can't send things to it because it's not my main account. xD If it's my personal email you're looking for, it's mikufied at gmail dot com. :3