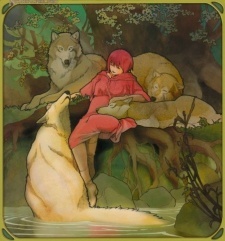 aeysoi Mar 14, 2014 5:05 AM
We would love to have you in our Watch Anime and Talk Simultaneously Club. Please take a few minutes to check the club out and read our FAQ to see if this is the right club for you. We are sorry to bother you if you are not interested in any clubs or social activities.
http://myanimelist.net/clubs.php?cid=41039

MartAnimE Mar 20, 2013 1:32 PM
LOL I just watched Episode 15 of Polar Bear Cafe! That thing with Penguin's girlfriend was so hilarious and unexpected! XD

chaosyoshimage Nov 21, 2012 5:04 PM
I don't think I'm doing much this Thanksgiving. Doesn't seem like anyone wants to go anywhere. I'll be marathoning all of the Marvel Cinematic Universe movies with my bro though, so that'll be fun. I'm not too close to my relatives anyway.

I'm taking an English class, Film and Literature (Hyped for this one), Biology (2 hour class, ugh), and Sociology next semester. The ones I'm taking this semester are Ethics, Intro to Art, Psychology, and Speech. I was also taking an Algebra class but I had to Withdraw because I couldn't keep up.

Now I wish I had told my mom to look on Amazon for that Digimon set. I hope if she doesn't get it that it stays that price after Christmas. It was so crazy expensive when it came out. Sorry you had to pay that. Yeah, I heard about 02 coming out and I'll geek out so hard when/if Tamers gets announced. I'll probably get the other seasons/series too, but those three are the main ones I want. I'd love the movies too.

Yeah, I'll go to one one of these days. And yeah, Tara is in EVERYTHING.

White 2 is okay, I'm hoping it gets better though. I guess it's too much of the same for me. I've been feeling that a lot recently from games. I think I heard that Dawnguard and Heathfire are FINALLY coming to PS3 soon. Like, they found it in some files or something. I forgot the details. I have no art books myself. I'm thinking about getting Hyrule Historia though, we'll see when it comes out.

Yeah, same here, but I've only tried the first one. The new one has Metroid Prime devs on it which gives me hope and a friend of mine that mostly likes a lot of the games I do likes it a lot. As for Wii U, the reviews are saying New Super Mario Bros. U is like the Super Mario World sequel I always wanted, that Scribblenauts Unlimited is what I wanted from the concept day one, and Zombi U is just really cool. Probably won't be able to afford one though.

chaosyoshimage Nov 18, 2012 5:00 PM
Yeah, it's been like forever! So much has changed for me. I've gotten closer to some people online as well as making new friends at school. Also, I go to school now! I'm almost finished with my first semester and I've done well enough. Although I haven't gotten to take too many classes that I'd like to. Mostly just required classes.

I haven't been buying too much anime recently, been watching whatever's on Toonami and trying to keep up with Hunter X Hunter. Wanting to check out Jojo's Bizarre Adventure as well.Although I haven't been updating my list for it. I only have so much time though and have mostly spent it with comics and talking to people online. I put the Digimon Season 1 DVD on my Christmas list from my mom so I might get it. Or I'll get comics, IDK...

Awesome that you met those guys. Tiffany Grant isn't my favorite VA, but she's still probably a great person. I have some anime fan friends now so maybe I'll get to go to a con one of these days. MAYBE

As for vidya games, I've been playing Pokemon White 2 and (don't laugh) Angry Birds: Star Wars. I tried to get into Borderlands 2, but my bro and I just got bored with it. I was replaying Skyrim as well. I've but like 40 hours into my second playthrough. I hope Dragonborn isn't disappointing. I still haven't played SMRPG and Okami yet, even though I have the former. I wish I had a PS3 so I could check out that version of the latter. My issue has always been what version to get for the reasons you've stated.

Alright, Wii U, well, I can't afford one. But my dad is now aware of it and might get it for my brother and I for Christmas. If he doesn't, I can wait. I'm too huge of a Nintendo fan to not be excited about it. That said, I've also really been wanting to play Halo 4 and Minecraft with friends so any chance for a Wii U might go towards that. Halo 4 having Metroid Prime devs on it has made me MUCH more excited about the series than I've ever been.

So yeah, life for me has now included life and school, but I've had less time for video games and anime. I've also found myself less excited about the former. I hope Wii U or some other games can change that. Oh yes! Eva! I'm a HUGE fan of the movies. I get why the series isn't for everyone, but it's a favorite of mine (I got sort of depressed again a couple months ago and rewatched the series and saw End of Eva for the first time). I agree that the original dub isn't very good, but Funi's is one of my favorite dubs ever. I can't wait for Eva 3.0, but I know I have too...

CinnamonHime Oct 22, 2012 12:36 AM
That's an awesome show! It's funny that before watching it I thought that it's a space anime ._. Maybe 'cause I had seen just some pictures from the duel where Utena is pulling the sword from Anthy and the background is all black :'D And then I maybe mixed it in my head with some else anime... But I surprised very positively when I watched it :D

chaosyoshimage Jul 31, 2012 6:26 PM
The Financial Aid people finally sorted out all of my stuff so that should cover 2/3’s of this semester. I’m still going to need a job to cover the rest and I need to sort things out with the Cashier department, but I’m finally in the clear. I think.

I heard about that, I really want that set, but I’ll have to wait until I get a new job or for Christmas or something. I haven’t got any anime since last we talked, been slowly working my way through my One Piece DVD’s though. Also, I got a ton of games in the recent Steam sale, but I haven’t updated my Backloggery with them.

I seemingly never finish any games as I started to replay Fallout 3 after Dawnguard failed to give me my exploration fix. I’m hoping one of these old WRPG’s I’ve gathered over the last few month’s on PC will solve that. Still need to finish Mass Effect 3, but I’ve soured on the series a little it seems.

I heard about Samurai 7 coming to Toonami, I’ve seen every one of the new Toonami broadcasts so I’m sure I’ll watch it. I caught a couple of episodes back in the day on IFC and I love the film it’s based on, Seven Samurai.

The community was Kotaku which changed its commenting system. Some of us have regrouped at a different site. It’s mostly fun talking to the people I like talking too, but there are a couple of people that are too serious about things and don’t take to my random nonsense. Luckily, he’s in the minority as most people enjoy it.

Not much is going on with me, like I said, I should finally be going to school which is cool. I saw the new Batman movie as well, and I loved that, um, hmm, I’ve been reading lots of Marvel comics. Oh, and even though you’re not big on superhero stuff, you should totally check out Runaways if you haven’t, I think you’d really like that one.