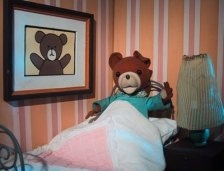 NextUniverse Feb 21, 2:33 PM
You are right with the uptake on her works, there is humour in her works for sure but it depends on how you look at things. I just see most of what she produces as lust if it took on the shape of surreal art. It is true that mainstream anime is on the more "polite" side of things, getting there with falling into temptations we suppress every now and then, but Kabuki just goes for it. I respect that a lot honestly, she's not afraid to throw out outrageous truth, then again, she is on the safe side of the medium making shorts only a few care about. Not enough spotlight to cause a stir.

There's a link on the github page that should show an invite to the server: https://github.com/seanbreckenridge/mal-notify-bot

I would imagine all would have probably thought the works were from some kind of genius. I mean, at the time, this was all groundbreaking stuff. But I would also imagine that the technology would have been praised more than the actual story and such itself. That's how I look at things at least. I feel as if anyone would naturally get invested in the concept and how things work. Probably applies more to an older generation, but even now, I suppose the same is true.

NextUniverse Feb 20, 1:45 PM
Yeah, it is quite hard to find people who are invested in shorts. Sometimes a small minority would question why even go to such lengths? It makes the anime experience a lot more vast and diverse imo so it is something of a pleasure to see others enjoy it as well. I will never really understand why people will rate them as they would with mainstream anime but it isn't me who has their eyes at the end of the day. Oh well, at least they came across something odd.

Btw, there's actually a discord server for people who like shorts. Idk if you want an invite but I can send one over if you are interested. Said server is also made for notifying when new anime is added into the database.

NextUniverse Feb 19, 9:03 AM
Thank you for even noticing them lol. It is always nice to see someone else like shorts in their own individual qualities, rather than something comparable to mainstream anime. You might like some MVs from ZUTOMAYO, Harumaki Gohan or YOASOBI. Or if you want something nonsensical, you can try takena's works.

animejas Jan 19, 2021 7:52 PM
Whilst I like the second season, it just felt a bit disconnected for me in general compared to the first season where it felt like everything happened at the right pace, with the right development for the most part whereas with the second season, it felt a bit all over the place for sure without much genuine progression in Yakumo's character as a whole compared to what we could already figure out from the first season except some plot revelations even though I agree that they were overdependent on it (the yakuza stuff was a bit out there too). Still fairly liked the season overall too despite the issues there. I can understand why most people would love it and say its flawless given the nature of the story and the power and impact the directing and storytelling tends to have on most people and for good reason, I personally just wished for some smoother storytelling and better execution at times with less reliance on out there plot revelations to truly make it a great season like the first. Glad you got to read those comments and feel happy about those.

Karinara Dec 29, 2020 3:27 AM
Okay, sounds like there's a big age difference. In that case I can understand why you haven't seen Muumi. I have also seen Peukaloisen retket but that was in early 00s. I've also had my breaks from anime, didn't watch for years after childhood, but then my friend recommended some anime to me, so I started watching, then I had a fight with my friend and we weren't friends anymore so anime didn't feel like a fun thing to watch anymore, I took a break for many years and then in 2019 I started to watch again because I felt that I was bored and didn't have anything to do.

Inuyasha doesn't have too much romance in it, as you said it has more to do with adventure and action. There is some romance but it's not really an important point in it. And there is also an annoying perverted character, because of course there is.

I can very well understand dropping a series after breaking up. Prince of Tennis probably has its place on my favorite list because it was the first sports anime I watched and I started to play tennis because of it. So it is kind of special to me. But picking it up again sounds like a good idea. Of course it also can get maybe a bit repetitive as it is pretty long and as with many of this type of anime, the plot goes around "playing a match > winning/losing > becoming stronger"

Karinara Dec 28, 2020 3:27 PM
I find Ranma quite entertaining as something more lighthearted to watch, but it does seem repetitive at times, almost all the episodes being about people being after either Akane or Ranma. Of course that's because it is episodic so there's not really any long plotline going on and I guess episodic anime, or actually any tv show usually are like that, having the same basic things every episode and then doing something else with that. And I also dislike characters like Happosai, this kind of perverted old grandpas are way too common in older anime. And very annoying. I haven't seen Urusei Yatsura or Maison Ikkoku, but for Rumiko Takahashi's works, I really liked Inuyasha (well, of course I guess that's also her most known work).

Gintama is pretty good. Of course because it is a parody, there's A LOT of references to other anime (and other media too) and the comedy is quite ridiculous at times (let's say the range of comedy is everything from very well thought jokes and funny things to poop jokes (mostly poop jokes)) but the actual plot behind everything is actually pretty great. The problem is that the actual plot stuff happens most during the few last seasons and the first seasons have only like an episode or two having to do with the actual plot.

What's wrong with Muumi? lol. My childhood Muumi craziness got revived after watching Muuminvalley (Muumilaakso). And yes. you should be deported to Norway for not watching Muumi. Be ashamed. Well at least my profile picture is not Nalle Luppakorva.

Malfegor Oct 20, 2014 6:38 AM
Hey man, just passing by to say that i enjoyed reading your tag mini-reviews (or whatever people call them)! Your ratings may seem harsh to some, but you never seem to stoop to a level where you insult a show or where your comments seem unfair.
I gotta say, i really admire that and i hope i can achieve that skill as well at some point in the future.
Cheers!

titaniachkt May 3, 2012 5:52 AM
Too true. Maybe that's why so many people in general are dissatisfied no matter what they do. It seems to be a bit more of an inner factor than an external one

Always wanted to visit both Finland & the UK.You all have some amazing architecture & scenery in general

Midvalley Apr 29, 2012 9:40 AM
I think ADOM is the best rougelike around but there are a few others I would recommend: ToME (Tales of Middle Earth), any of the Angband variants, Diablo. I really don't keep up with current games much anymore either. I value replayability and depth over graphics. I ascended in Nethack when I was in high school (a good decade ago) and never touched it again. I still have yet to beat ADOM.

Sabinlerose Apr 28, 2012 5:05 PM
Ah ya. I haven't ever really watched any sports series.
I read bits and pieces of a shounen manga about football ages ago but I can't remember the name of it for the life of me.

I have heard good things about Patlabor. It's something I want to eventually get my hands on.

Gundams always been a steady show for me. If its bad, it's not so bad as to not be enjoyable, and when it's good it's really fun to watch.

titaniachkt Apr 14, 2012 9:25 AM
Hahah, that's an interesting story in addition to those pictures. You seem to be an interesting person Feorg, what country are you from? If you don't mind me asking

titaniachkt Apr 13, 2012 8:00 AM
Both your pictures are very interesting Feorg, they're a refreshing change of pace