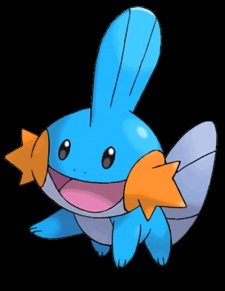 laikawa36 Feb 2, 2015 3:45 AM
Hello. I'm here to suggest a game similar to Fantasy Anime League but this is much easier. I got the idea from this club, which is currently dead. http://myanimelist.net/clubs.php?cid=23440

Character Manager is an anime character game, in which players buy characters into their team and develop their squad. The goal of the game is to manage your club to as rich as possible by buying and selling different players - in this case anime characters.

The cost of a player is determined by the number of people who have favourited this character. There is the >>Bank<< -thread below led by club officers, where you can post buying requests and sell off your old players. Of course, the bank sells the characters for a higher price, and buys them back for a lower price, as explained in the >>Bank<< -thread. The players level up, or their price rises, when more and more people add them to favourites. When they are removed from the favourites, their price drops accordingly.

Every player in the game is unique. It means that two clubs can't own the same character. The character transfers between different clubs can be arranged in the >>Transfers<< thread, where managers can trade one character for another. A good example of a good trade is a veteran, who is more favoured at the moment, traded for a rising star, who could get more points in the future.

What do you think? Interesting, right?

BlueYoshi Sep 21, 2009 10:12 PM
Hey FALbot, my pokemon in an RP I'm playing is Mudkip. If anyone utters the meme, they usually get water gunned to the face.

Why doesn't FALbot have Naruto as one of his favorite characters?!
blasphemer...