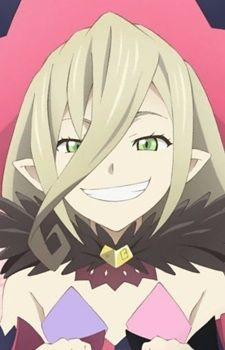 Sutaye Dec 30, 2020 7:17 AM
Hi! It's definitely been a while! ^^ Of course you're not bothering me, it's so nice to get a random message from you like this! I'm doing pretty good. Nothing special going on with the whole situation of course, i'm working on my thesis so i'll be graduating soon hopefully :D. Other than that I'm just playing games, watching anime and all that. There's a second lockdown here so almost everything is closed. I mostly stay home. How are you doing these days? Hope every's fine! Sorry for my late reply btw, i kinda moved to Anilist for anime updates as i don't really use the forums anymore and it looks a bit more ''clean'' imo. So i'm not on myanimelist a lot anymore. Anyways, hope to hear from you soon! ^^

(I accidentally deleted your message when i wanted to edit something in mine, my bad)

spacebabu Jul 5, 2020 2:04 PM
oh no that's okay haha! i sometimes have that too where i get too focused on some questions that i tend to forget some, but that's cool! how is it living there?

spacebabu Jul 5, 2020 2:03 PM
i am from Overijssel! you can ask me anything about the Netherlands, just treat me like an virtual tour guide lmao.
i also wasn't that surprised tbh, i was most surprised at the amount of old people complaining about the whole keeping distance and wearing masks lol, like we are doing it for them and then they are out here complaining, gotta love some old people.
i really recommend violet evergarden, i was really amazed by how good it was even though it was pretty short, i enjoyed it very much. and yes! i have watched akame ga kill fully and i personally really liked it. haha, sailor moon has always been one of my fav animes that i have watched, i fell in love with Usagi her clumsy and goofy personality.
my number one i think would be Date a live, i think mostly because it was the first actual anime i watched and the one that got me into anime, so it always has a nostalgic feel when i think about it, and i also very much enjoyed the anime.

spacebabu Jul 1, 2020 11:04 AM
i'm from the Netherlands! what about you? and it really does, people really are more selfish then we think. and i have been appreciating a lot of things more once the pandemic started and i started appreciating myself a lot more too, have been doing a lot more things for myself lately and that feels nice. yes! i work part time in a small store not far from my home [5 min on the bike or so lmao] and it was chaos when the pandemic was at it's highest peak. just now i was rewatching corpse party, but this month i have finally been watching a lot of anime that i wanted to watch before but never really had the time for like violet evergarden, akame ga kill and ao no exorcist. and for me personally my top 5 are
Date a live - this is my first anime that i watched and has always had a special spot in my heart
Kamisama Kiss - a very good Romance anime that i just sobbed at the ending lol
Violet evergarden - this one earned a spot in my heart, i really enjoyed it and i could really relate with Violet in so many ways
Howl's moving castle - my fav Ghibli movie, i loved it so much and have watched it i think already 4 times haha
Sailor moon - i really had a phase where everything i owned had to be some kind of sailor moon themed cause i loved it so much, i used to want to be a sailor so badly and quoted her all the time!

spacebabu Jul 1, 2020 7:45 AM
same here! people really kept repeatedly doing stupid shit, the reason why it got very out of hand here ect it really was a whole ass disaster, and im mostly an introvert but after a while i also got sick of just sitting inside all the time lmao, and dealing with people at work who were more chaotic then normally, really loved that for me haha. most of the time i'm just watching anime, making orders for logos or just being on here haha and thank you very much! what are your top 5 anime that you watched?

spacebabu Jul 1, 2020 6:41 AM
yeah it really is a strange time to live in, everything is a bit of chaos right now lmao. why only for now fine? ;o i have been just hanging around, pretty bored because vacation doesn't feel like vacation right now lmao, how about you? and i felt like you were a nice person to talk to that's why i added you :) it's okay btw haha i like answering questions

Phraze Apr 27, 2020 2:53 AM
With quarantine, guess I have time to get into these long-drawn convos again XD

Haha. This reminds me that a friend of mine is a big Just Dance fan.

Which KOF video did you watch? though it's so long you probably forgot lol I just run through the Wiki whenever I wanna remember something. Hah, and by hot we of course mean the flames.. :') Rugal was the annoying villain imo, too snarky, Igniz was objectively more difficult to play against XD lolol. kkkkkkk
Yeah, it's GBA-only. Hopefully they bring her back. Maybe they already did? I downloaded KOF Allstars, and it's mostly a gacha everything. Should have Miu.. owo Got Kula and K' in the game so I'm quite happy, not as desperate to log in everyday~

DMC4 probably made me think of FF since there's the knightly guy who rescues girl. Felt a bit tame for a DMC series? Oh, have you played DMC5 yet? The char designs were lit. I definitely preferred that Dante. DMC3 sometimes felt a bit too anime-like.

And yeah, maybe I'm old. Just not a gamer anymore. Thanks for the compliment, lol. Girl of culture~ uwu Ah yes, when you say Shin Megami Tensai.. I was close to playing Persona 3 Portable. But things happened and I'm not into gaming anymore, pfft. I forgot but how was the Persona and SMT series related again?

This is old but you have it already :P I'm only on Twitter and Discord nowadays, in addition to MAL. Mostly to lurk. If it comes to conversing, I guess MAL is still the best for that.

Well, I'm Asian. Family being strict af. I moved out like, last year though. Much improvement! Things have been wayyyy busier for me, and I'm trying to catch up on studies. Wish me luck there. How have you been doing in that area?