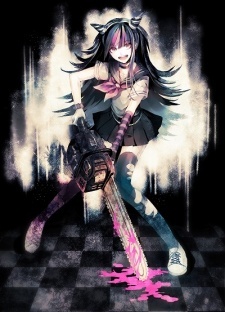 Brieanime Aug 11, 2017 4:41 PM
I like your review on the Fairy Tail manga. I still have it on my favourites list (as I guess it's more of a nostalgia thing), but I have to agree with everything you said in the review. It was the most honest review I've seen and stood out from the others I've read, since you provided both pros and cons rather than just leaving it at cons or just pros. Good job. PS: I like your anime taste.

Aymaf Aug 4, 2017 8:58 AM
imo the tartaros arc was not even that great but for a manga like fairy tail it was some good shit

Aymaf Aug 3, 2017 12:27 PM
Your Fairy Tail manga review was on point..the Manga ha so much potential but it just gone downhill ,Now after completing it i feel like i've wasted every second reading this garbage

If you don't mind, can you vote in our Cosplay Competition? For more info, just click HERE

Arsene_Lucifer Feb 3, 2016 7:36 PM
Saw the most recent trailer for the Beserk anime, but no other information came out for it. So I'll wait for a director, and a studio to be announce before getting excited. Since the trailer was in 3D, and it's being made by Polygon Pictures I'm going to destroy all expectations. I know the studio didn't create Knights of Sidonia, but still, the fact they did nothing to make the anime better is equally infuriating.

I finished One Punch Man, and found it average. Currently working on a review for it, but sadly I'm not even 1/4th of the way done with it. https://pbs.twimg.com/media/CaVfklOUkAArG0p.png:large

Basically, the punchline was treated as the norm in the series so it's easy to miss the humor of a character killing everything in one punch. Then there's the characters that don't have much depth to them. There's throwaway villains that get more development than characters that are in the series for a longer length of time. I basically had no enjoyment seeing it. It was just tolerable.

So far, the original Shin Megami Tensei game is for PC officially. Unless you know how to run console games on the PC your choices are pretty limited. I don't play games on much my PC or laptop. There are games that do occasionally appeal to me, but so far haven't found one that made me want to commit to playing an entire game on PC.

So I'm currently seeing Dimension W, Dagashi Kashi, Assassination Classroom Season 2, Grimgar, and Bubuki Buranki all which I dislike. The one I dislike the least is Dagashi Kashi. It's a slice of life anime that I find entertaining because of its strange humor, but that's about it. The same issues I have with other slice of life anime from having no central story, and little character development can be found in Dagashi Kashi. Even though I like the humor there's no structure to it. It's simply random for the sake of random. Still, it did make me laugh more than the entire first season of Assassination Classroom so I'm not bored out of my mind....some of the time. In episode 4 of Dagashi Kashi there was a force conflict. The MC (who should lay the crack) leaves his notebook in a coffee shop that has drawing of his only two female friends, with comment that the MC best friend wrote on boob sizes. Just ignore the fact the MC best friend probably looks at his sister boobs if he feels comfortable enough talking about them to his best friend. So the MC spends the entire episode running back to the coffee shop to prevent his best friend sister (who should also lay off the crack) from seeing the drawings, and comment. What made this a waste of time was the fact both the MC, and his best friend who was still at the coffee shop had cell phones. Why the MC didn't simply text his best friend to get his notebook, and not let his sister see it is beyond the realm logic. Seriously, do all Japanese who make slice of life anime not know about the existence of cell phones!

Oh man, everything else you can guess I find no entertainment in. I thought season 2 of Assassination Classroom was going to be more tolerable since the first episode was okay. It did it job of getting viewers comfortable with seeing the characters again. Then came episode 2 where half of the episode is spent on the classroom making pudding. Yes, pudding. You could imagine what a waste of time it felt seeing that first half of the episode. Then there was Dimension W which, was, LAME. I would be describe the anime as having no substance, or style. It be would like an 80 year old man attempting to act gangsta while quoting Vanilla Ice rap lyrics in a black neighborhood. The sight of lameness is so bad you forget about everything else that's wrong with that image. Then there is Grimgar which is the anime of the season to infuriate me. I had to pause the tv I was watching the anime on, and pretend I was choking A-1 Pictures. Not the people of course, the building itself haha. I also pretended to punch A-1 Picture too since the sight of a perverted character bleeding from his nose got my blood boiling. I can't remember if I ever saw a perverted character bleeding from their nose, but ever repress memories my brain is shielding me from I know for sure it would cause me more anger.

Finally, Bubuki Buranki which is the worst of the season. It's an original project, and entirely animated in 3D. While tolerable, once you actually think about the series first episode you realize what an absolute train wreck it is. Allot of things weren't explained, and seemed more concern with action than telling a story. It also loves to waste time on inconsequential that add nothing to the overall narrative. At least the frame rate is consistent which is more than I can say for Knight of Sidonia, but they both equally suck.

So how were your impressions on the anime you decided to see?