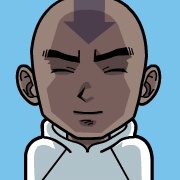 AnyGoSusanghan34 Oct 18, 2018 5:42 AM
Oh, I am sorry to hear about that. Hope things work out you guys into your next recording. Hopefully it was just scheduling and not like mic and taping didn't bonk out. I look forward to you guys coming back next week. Understandable though, later for now.

AnyGoSusanghan34 Oct 18, 2018 4:21 AM
Hey Don, I see your birthday is coming up soon and not sure when or where I able to say it on the right time. Just going to do it now and wish you a happy B-Day and may it be a good one for you. Take care.

AbhLeaderKrelian Jul 28, 2017 1:19 PM
Hahahaha... I just recent found a used Mac Pro for sale (the tower) and to be honest, it wasn't that pricey if you take into consideration how much a brand new iMac costs. But then again, you would also have to buy a monitor and keyboard and mouse if you haven't got those already. Maybe if I bought those VHS tapes you would finally be able to afford a Mac Pro? :P

and to make things even more confusing, Apple announced the iMac Pro, which sounds similar to Mac Pro and MacBook Pro. I know this sounds silly, but maybe it would make more sense to rename the Mac Pro back to the PowerMac to lesser the confusion. Obviously it doesn't have PowerPC inside anymore but they could just claim it's "powerful" or something for the marketing.

I like PuppyLinux too, but how can Linux be the next Macintosh OS of sorts? Mac OS is more closed to the user than even Windows is, the opposite of open source Linux. Maybe you mean it in a "we're against the establishment" alternative OS? Remember back when Apple was all about "Think Different". (that's not even proper English lol, it should've been Think Differently) xD

If you build a Hackintosh, what kind of case would you want it in? An old PowerMac/Mac Pro case or something completely different? :O It wouldn't be easy but I would be interested in making a Hackintosh out of a G4 Cube case since they look so nice lol.

Right after I sent you my last comment I found out the news about the new Mac Pro. Weird timing. Do you think you would buy one in 2018 or would you rather just buy a Hackintosh? I think Apple is focusing on the iPhones mainly. Most Apple fans think of the iMac as Apple's main product but the general public probably thinks of the iPhone as their main product.

I've heard about Ubuntu Mate. It's pronounced like the Japanese word Ma-Te instead of the Aussie word Mate! I think I prefer the layout of LinuxMint more though.

I don't think it's right that selling a hackintosh is illegal. Apple may own the rights to Mac OS X, but does a person really deserve jail time over selling a computer THEY built? If you sold a self-built computer with Linux or Windows (or pretty much any operating system) you wouldn't get arrested over that.

Which companies are known for good hackintosh bulids? Anything fancy? :O

Did you talk to those 3 other people online/mal or real life? Because if you had those conversations in real life that would mean my mindreading powers can stretch all the way to England! xD

If Apple lost all their interest in the pro market, that's a shame. That's basically what kept them alive in the 90s before the iMac came out. People wanted a powerful computer that could handle a lot more than Windows 95 could, even if it was different. and now, they leave behind the professionals who kept them alive during the hard times in favor of the trendy hipsters who only care about the iPhones. It's a business, I understand, but they are in no short supply of money so if they REALLY wanted to, they could give us a powerful up to date Mac Pro.

I'm probably going to get the 2012 model, with updated insides. It has more I/O ports and can play... DVDs! (gasp!) O_O and would be easier to update in the future than the current trashcan.

That video you showed me reminds me of the G4 Cube if you remember that. Quiet and small lol.

Speaking of computer builds, which Linux distro is your favorite?

I don't think it's legal for someone to sell a hackintosh so I would have to build one myself right?

AbhLeaderKrelian Apr 4, 2017 2:32 PM
Can you explain to me the basics of sound engineering? I know don't know too much about that field.

Speaking of tech, I've been considering buying a Mac Pro for some of the animated and art projects I'm working on, but it seems to me that outside of buying a used one (cause they're cheaper) it would be smarter to get a hackintosh. I say this because Apple hasn't updated their trashcan Mac Pro since 2013, which is a really long time tech wise. Do you think Apple is going to eventually release a new model or update or do they not care about the professional industry anymore?

I think you posted a video about this but I can't really remember, what kind of computer do you make your videos on?

AbhLeaderKrelian Feb 4, 2017 3:15 PM
Wow really, you have never seen one? Well, they didn't sell many of them in Europe so that's understandable. Here's a page full of anime releases, so you get an idea of what they look like. http://www.pustan.com/ld/japan/index.html

Tenchi Muyo even came with the original film it was produced on! As for prices, I've seen a huge variety. The average lowest price I've found is about $15, and the average highest would be about $70. I found The Wings of Honneamise for$35, Akira for $40, and Princess Mononoke for $15. Which can be expensive, but keep in mind they are huge and have special features. You should enter the lottery lol, or put advertisements in your videos and get quick money that way. :P

What is the career change for? I think you work in the tech industry?

I wish I could recommend you something good to watch or read, but I got to read your entire lists first to see if you have already seen it or not! :O

I've been thinking about starting an old school anime collection (inspired by your VHS collection video) and better yet, collecting titles on LaserDisc. So much anime has come out for LaserDisc, with special editions and collectable goodies in many of them. I just think it would be a fun thing to collect, it's pretty similar to collecting vinyl records. I was just wondering since you have been an anime fan for a long time, do you remember watching any of them on LaserDisc? I know it didn't do too well in Europe but I thought I'd ask you anyway because maybe you know something about it?

gochinboy Nov 3, 2016 4:50 AM
Great, I think we have same opinion about the art on Lupin Movie :) I began my interest on Lupin Anime after I watched the Castle in Cagliostro movie because of the art and the story goes. Yup, Jigens Gravestone 2014 art movie is great and Fujiko Mine series new art is very stylistic. I think i will have to start watch Fujiko Mine series because i haven't finish it yet from 1 episodes.. XD

gochinboy Nov 2, 2016 9:03 AM
Hello, thank you for accepting my friend request. I did it because i saw your interest on Lupin Anime. :) By the way, which Lupin Movie has the best art in your opinion?

AbhLeaderKrelian Oct 1, 2016 11:40 PM
I might go on a trip to the Netherlands to see family next year, and I would love to visit England sometime! Haha, if I brought that bag to the airport the security would look at me funny. "Why does this guy have such a heavy bag full of VHS tapes?" That's not something you see everyday! xD

It would be cool to get the bag of tapes around Christmas, but I don't think Santa is willing to give me free shipping so who knows. -_- Yeah, let's see if there's any future ways that turn up for this. If I bought online, how would I pay?

Have you been watching any new anime btw? :O

AbhLeaderKrelian Sep 29, 2016 11:55 PM
Hey man, I thought I should tell you that after a lot of hard work, I finally got an international VCR so I can play tapes from the UK. If you still have those tapes, I could play them now. However... shipping will likely be hella expensive... maybe I should just visit London sometime! xD
All Comments