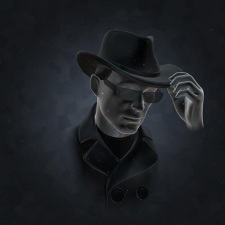 Dante012 Aug 18, 2:35 AM
Oh, and on top of that, that guy put MY profile picture on his new account and added a clown head on top of it. But it's not a personal attack, right? It's not a toxic behavior, right?

Dante012 Aug 18, 2:16 AM
@FakeWhyYes : You're a FUCKING HYPOCRITE! I can't reply to you directly on your new account, YOU blocked my ability to reply WHILE calling ME out for blocking you before?!

I never said I'd base my rating of an anime on its manga, I already explained it to you, but no one can see it now because YOU erased our whole conversation.
I'm misrepresenting what you're saying? The example right above proves that's the contrary : you're the one who misinterprete everything you see and read just so you can pretend you're never wrong.

You didn't insult me? You kept telling me MY RIGHTS. As if I was in some inferior position compared to you. That's called condescendance, and yes, THAT'S a form of insult.
And there again, you're showing your hypocrisy. Somehow I'm the one thinking I'm superior to others? I don't recall telling them what they're allowed to do or not. I don't recall telling them their reasoning is wrong.


Worst of all, you created a new account just so you can talk to me, even AFTER I had blocked you (and informed you that I'd do so). That's called harrassment, and you can be damn sure I'm reporting you. Both of your accounts. I blocked you to put an end to this joke, but you keep going anyway.
Yet somehow I'm the one being toxic here. Thanks for proving my point, once again.

IllluSions Jul 25, 6:03 PM
Sao progressive wasn't a disappointment it was more like fulfillment rather because the movie is only there to expound on floor 1 and nothing else and it wasn't sol, season 1 of Sao was things from kirito's pov and this is from Asuna's pov and it shows u how she was and how she got into playing sao its basically plot at its best we got a bathing scene so what? We had a scene where Asuna almost died a scene where her friend dipped, we had scenes of her training also were any of these not of note? But instead, u decided to take the scene where she was bathing to say there is no plot whatsoever, and it's just pure sol because clearly, that bath scene stood out to u.

I don't know what u expected of the movie tbh cs its basically just giving you more information of what happened on floor 1, which s1 didnt show idk if u expected a new boss scene because i know for sure u would still have something to say if they changed it because u would say that it wasnt like s1 which anybody would say.

Lelorop Jul 12, 1:49 PM
Saw your review for Kaguya and noticed that you recommend stopping at 130. Here I totally agree, serious sans comedy screws up Kaguya's whole gimmick. It's brilliant at blending touching moments with comic situations, so I have no idea why Aka scrapped the winning formula. Shame, the melodrama really bogged down Kaguya for me and I've not kept up to date for that reason. It's still a 9 (or even 10) for me pretending it ended at the Dual Confessions arc.

Strafeyyy_ Jun 27, 6:49 AM
How could you even say you have good taste if you haven't even watched a lot of anime.

Mysteryman- Jun 27, 6:49 AM
If being pretentious was a disease then you're done for.

hamza_s28 Jun 27, 3:01 AM
You try to sound logical and devoid of any fun, Jesus, i think you need to lighten up a little, though I dont know if I am directing this at you or myself.

p0eticsu1cide Jun 13, 4:01 PM
Hey, thank you for your Kaguya-sama review. I was considering reading it and the other, much older top reviews from early on in the manga's run made it out to be really good, so it was nice to see a review years down the line. I might read it at some point but standard school romances bore me so much

DivinesPlayhouse May 8, 1:06 AM
read your boruto review and honestly yeah, Why did they give us that scene just to feed the watchers rubbish for over a 100 episodes

NotTaiga7 Apr 15, 3:51 PM
Jesus Christ, this profile is a target for the kaguya stans

I'm not even pissed just confused.

but then give the anime an 8

SgtBateMan Jan 20, 3:15 AM
Imagine someone said Love is War has become uninspired, but on the other hand praised Kamisama ni Natta Hi... Yes sir, Kaguya-sama is indeed boring, since they have got to clean up their own asses for falling into a relationship. The author should have left it at the kissing scene and dropped the entire series... Yes, f*** yes... 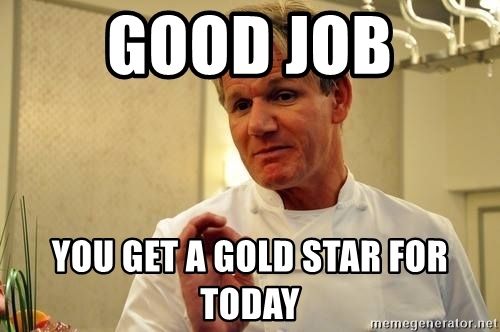