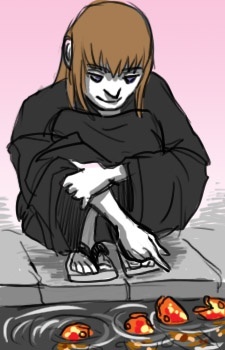 fujifruit May 9, 2017 10:17 PM
Dororo was released with full English subtitles by Discotek a few years ago if you'd like to see the finished series

Blissfucker May 21, 2016 2:54 AM
We have matching thoughts on Rainbow. Also nice favourite characters, specifically Takamura and Kojuuro.

manjifrankie Apr 21, 2014 1:47 PM
Wow, nice to know there are people out there with a similar taste to anime and manga like me. I guess it would help if I had a bit more written about me and what I like. As you may have noted I quite like Blade of the Immortal. The anime captured some of the looks, but failed to capture the feeling of the manga. For me that is one manga worth owning. Funny enough, on my list of anime I like, there is no mention of Ghost in the Shell, guess I need to amend that, since I quite like that also. That I like because of the stories really click on what humans would be doing if technology was advanced enough, but not too far in the future. If you ever want some opinion on whatever you are planning to watch, feel free to ask, I wish someone would have given me some advice after sinking days on some anime only to see it derail into an un-watchable mess.